A city project begins with an idea, and it can be built even during a quarantine. The participants of the IV ARCHIKIDZ! All-Ukrainian Festival of Architecture for Children proved that. During 20 days of the festival, from 27 June to 23 July, they created 20 unique architectural projects. A separate team worked on each of these projects. This year, the children’s architectural festival did take place despite quarantine restrictions, but in a new format. Master classes were held off/online in a large pavilion at the Exhibition of Achievements of the National Economy (EANE), where the atmosphere of creativity and inspiration reigned every day.

“In the past years, our festival continued for two days, with 20 teams working simultaneously on the same site. This year, the festival will last for almost a month. Why? Because of the quarantine, we cannot gather more than 10 children in one location. Therefore, in order to gather 20 teams, we decided to extend the event for 20 days. Every day, we will work with a new team,” ARCHIKIDZ! Director Olha Hlinina said.

During the festival, children working in master classes were not only studying the urban space but also changing it, supplementing it with their unique vision and content. This year’s event was devoted to the topic “Nature in the city. Living together”, and therefore, the children’s projects featured an alternative EANE complex, a city on the water, vertical children’s grounds in the middle of a park, and other. All projects were created by the teams of kids aged between 7 and 12 years. The coaches were, traditionally, modern architects, urbanists and designers, including Kateryna Babushkina, Ihor Redkin, Solmaz Fouladi, Yevhen Zasutskyi, Volodymyr Vysotskyi, Andrii Karanda and others. Every day, they were helped in their work with children by volunteers — students of Kyiv National University of Construction and Architecture. 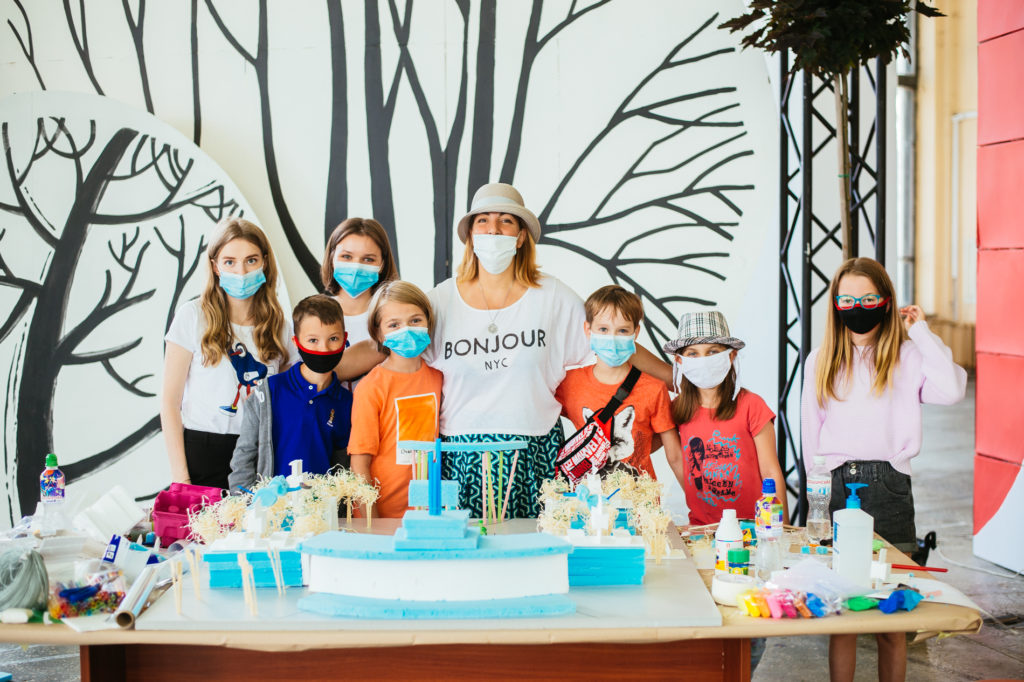 For the invited coaches, ARCHIKIDZ! has always been, and remains, a place for a dialogue between adult professionals and children who only begin to study the city and urban space via architecture. The coaches share their knowledge and experience, and the children share their unbiased vision of the city. This way, they collaborate to create wonderful architectural projects, which are often ahead of their time. 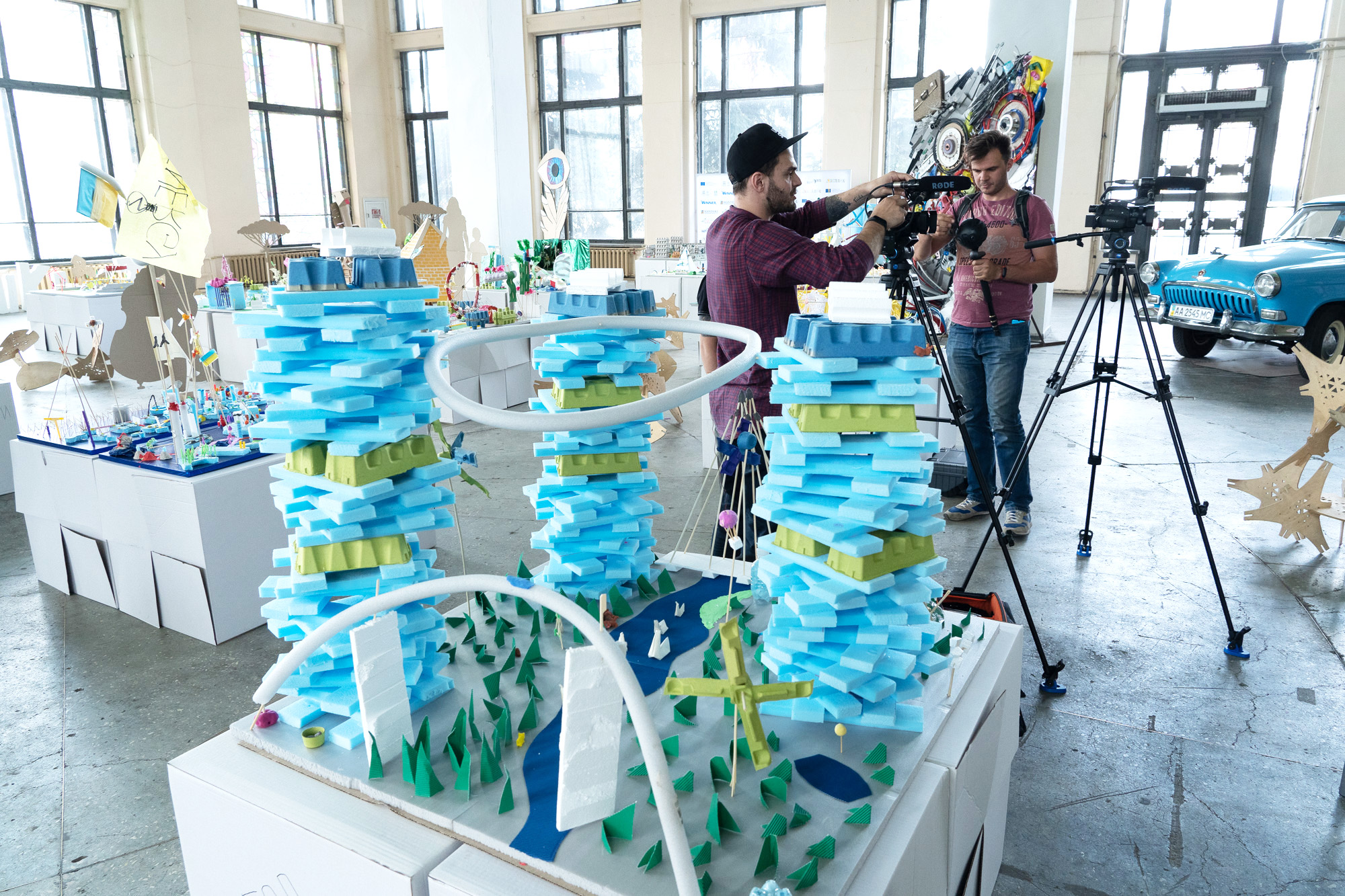 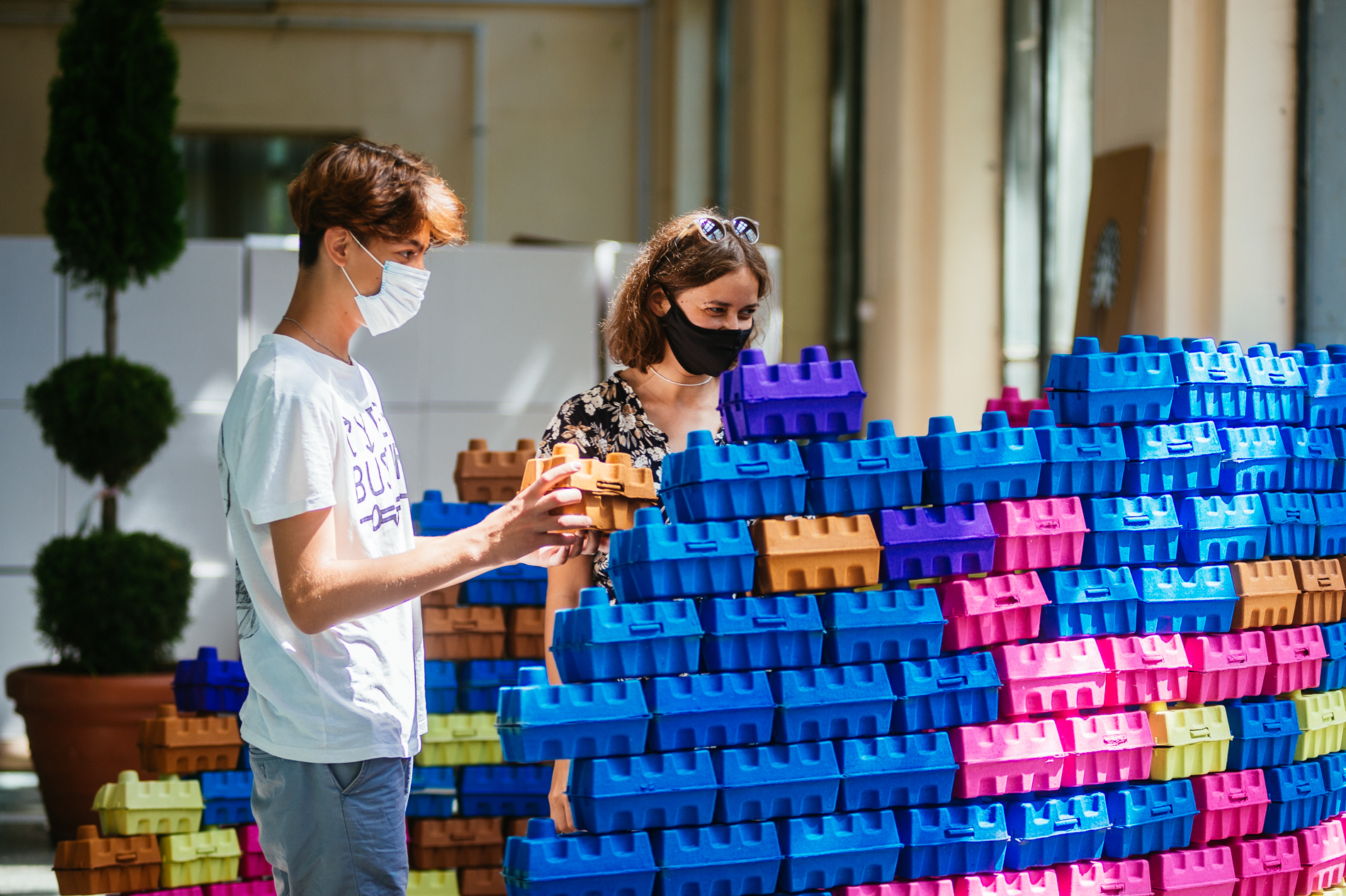 Deferred screenings of every group’s creative works were available on the festival’s pages in social media. This way, children from various Ukrainian cities could participate in the master classes.

“During these festival days, we communicated with Dnipro, Lviv, Odesa, Kharkiv. Almost 20 thousand people watched the festival online. To ensure good picture, we used special decorations which created the impression of a TV show,” the organizers said. 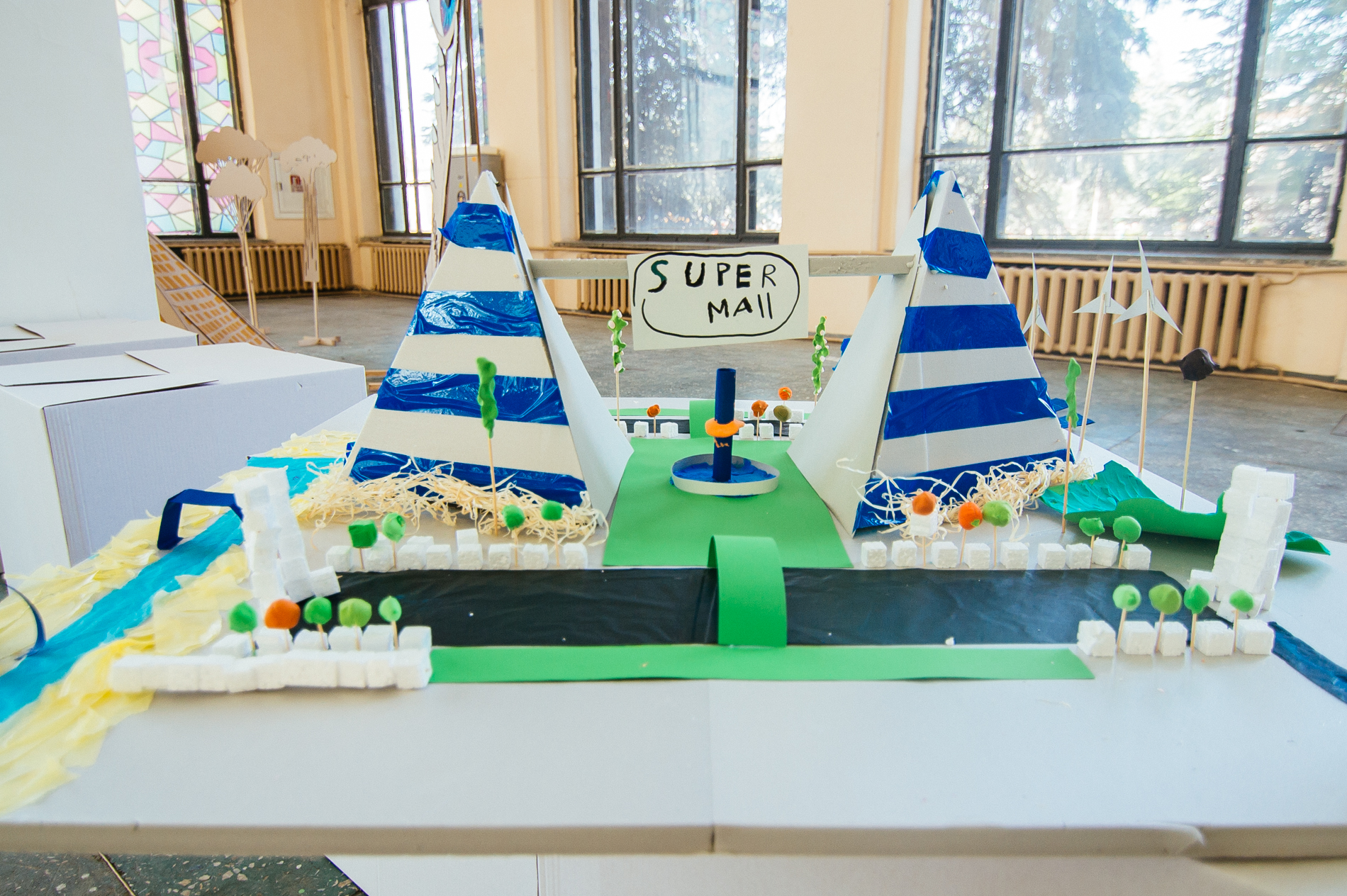 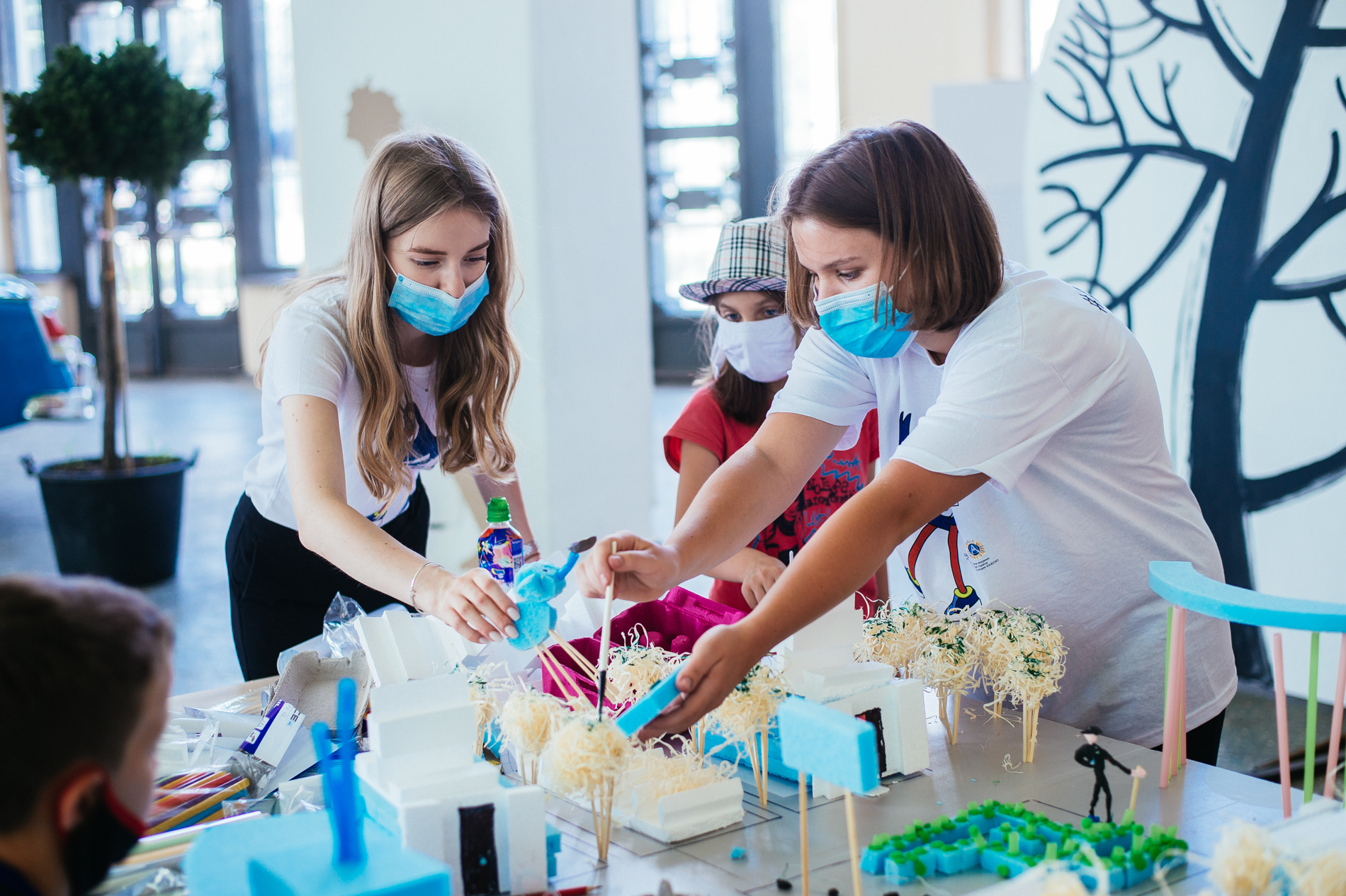 All works by the festival’s participants were exhibited at EANE until 23 July inclusively, where everyone could see the city with the children’s eyes. The festival ended with unforgettable impressions and fond memories, but the activity of ARCHIKIDZ! did not stop there. In September, the organizers will announce new online classes for children. If the epidemiological situation in Kyiv will allow to organize public events offline, some master classes from ARCHIKIDZ! will be held at Artek International Children’s Center in Pushcha-Vodytsia. That’s where the festival’s bright decorations will go.

The IV ARCHIKIDZ! All-Ukrainian Festival of Architecture for Children was traditionally held under the auspices of the Little Academy of Sciences of Ukraine with the support from the European Union’s Creative Europe program. 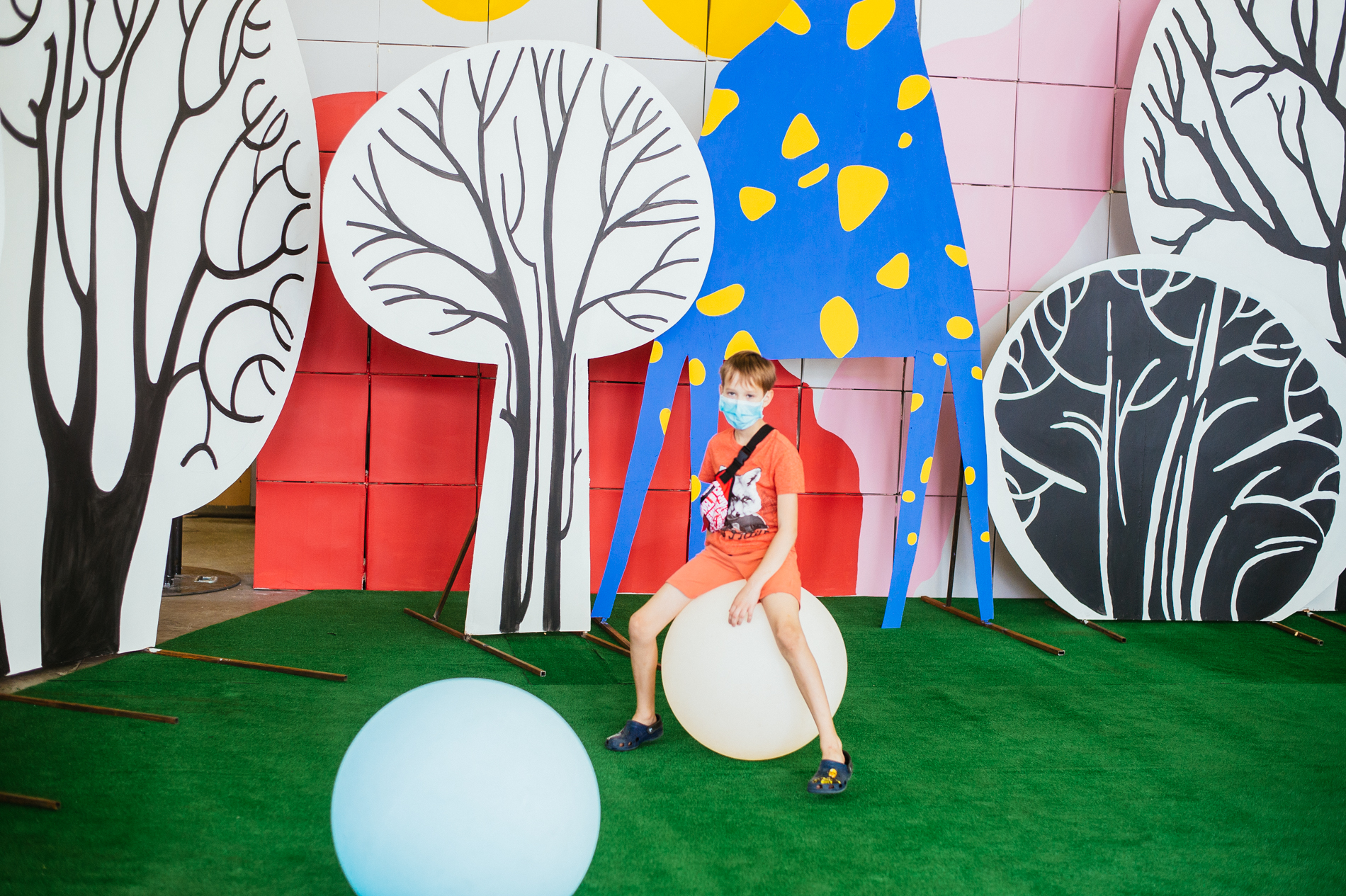 ARCHIKIDZ! is an all-Ukrainian festival of architecture for children, aimed to promote development of creative thinking and skills of the future in children. History of the festival in Ukraine dates back to 2017, when this architectural event has premiered in Kyiv. From 2018 and until present time, ARCHIKIDZ! has been not just a festival but also an architectural education program from the Little Academy of Sciences of Ukraine and the UNESCO Center for Scientific Education. One of this program’s key objectives is to enrich the school program with the study of disciplines through the prism of architecture.