On March 16 and 17, Christos Stylianides, the European Commissioner for Humanitarian Aid and Crisis Management, visited Ukraine. On the eve of his visit, the European Commission announced a new humanitarian aid package with a budget of €20 million to meet the needs of those affected by the conflict in the eastern part of the country. Since 2014, the EU has provided assistance of over 146 million. That is in addition to the direct funding Ukraine has received from EU member states. “The support will boost our on-going aid operations, reaching the most vulnerable people both in government-held areas and non-government-held areas,” said Stylianides commenting on the new instalment of humanitarian aid. “Despite the decrease in violations of the ceasefire, the impact of the violence on the civilian population remains a humanitarian concern. It is essential that humanitarian aid gets to all vulnerable people affected by the conflict swiftly, safely and impartially.” 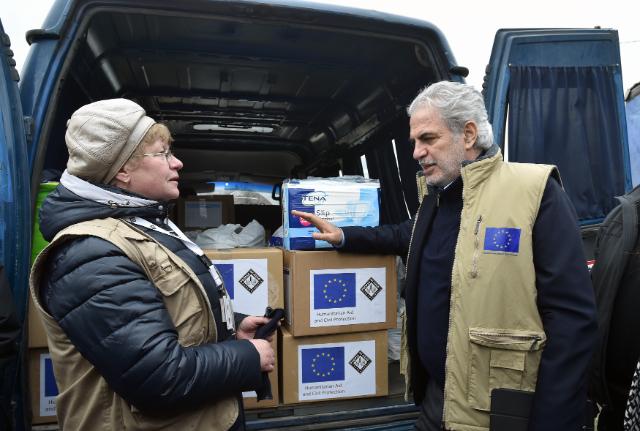 About 3.1 million people in Ukraine and neighbouring countries require humanitarian assistance as a result of the war in the east. These include refugees, internally displaced persons, and people returning to their homes. These people lack food, medicine, health care, basic household items, clean water, and shelter. Essential services remain unavailable in the region due to damages to infrastructure, power grids, and water systems.

About 55% of the European Commission’s humanitarian assistance package targets people in need in the non-government controlled areas. The Commission is also assisting Ukrainian refugees in Belarus and Russia through the national Red Cross Societies in those countries.

EU humanitarian aid is often distributed in the form of cash and vouchers, allowing for maximum efficiency and preserving the dignity of the affected people. The recipients can buy essential items at local shops and markets, thereby supporting the local economy. 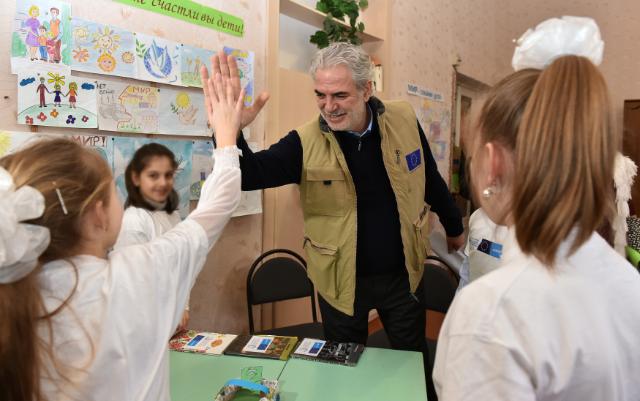 During his stay in Ukraine, Stylianides visited Semenivka, in the Donetsk oblast. Together with Jan Tombinski, head of the EU Delegation to Ukraine, he distributed humanitarian items provided by the Czech organisation People in Need, one of the Commission’s humanitarian partner organisations. The diplomats spoke with locals and regional authorities.

Later, during a meeting with Ukrainian President Petro Poroshenko, the Commissioner underlined that he is convinced of the need to continue assistance to the people affected by the conflict, but noted the need to improve Ukrainian legislation to facilitate this assistance.

Stylianides stressed that the European Union has sympathy for Ukraine and its people. “Let us not let Ukraine become a forgotten crisis,” he said, “Ukraine’s reconstruction is a priority for us.”