On January, 2, Kyiv hosted the final press conference for the EU-funded Twinning project, “Assistance in Development of an Open and Transparent Agricultural Land Market in Ukraine.” The project, which had a budget of €1.8 million, was implemented by a consortium consisting of the Netherlands, Germany, and Lithuania. 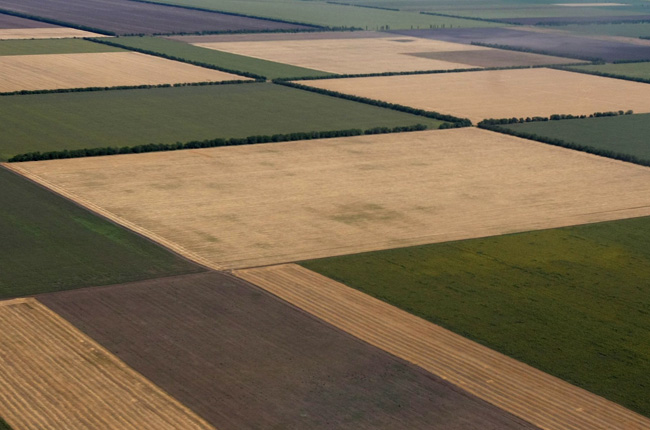 The project’s goal was to establish an efficient land market in Ukraine by providing incentives for farmers to invest in better production technologies, thereby improving the productivity of their land. This strategy aims to encourage the long-term development of the agricultural sector, which is one of Ukraine’s most promising industries. Today, agricultural products make up a 37% share of total Ukrainian exports.

“We are aiming to establish the conditions for the development of a transparent agricultural land market in Ukraine. Thanks to this project, we have seen a number of developments in improving land legislation based on EU best practices,” says Vladyslava Rutytska, deputy minister of agricultural policy of Ukraine.

The project’s main beneficiary is the State Service of Ukraine for Geodesy, Cartography and Cadastre (StateGeoCadastre). “Ukraine has chosen its European future, and it provides engagment the initiatives like Twinning aimed at improving legislation and optimising work in the sphere of land relations,” says Maksym Martynyuk, chairman of the State Land Agency of Ukraine. He is confident that “the results of the work within the project will contribute to Ukraine’s progress toward European integration.”

As a part of the project, European experts provided support and advice to Ukraine on the institutional aspects of land relations in Ukraine. The experts also advised to policy makers in government and parliament on the creation and development of the infrastructure necessary for the full agricultural land market and best ways of harmonising national legislation with that of the EU, and provided training to Ukrainian specialists. The project placed special emphasis on the openness and transparency of land relations.

The project organised 48 missions of European experts to Ukraine, facilitated an analysis of the current Ukrainian land legislation, and commented on the current draft laws. Seventy specialists with the StateGeoCadastre and its regional branches completed training on the priority issues of land relations. The European experts also published manuals and training materials to ensure the sustainability of the project’s accomplishments. In addition, 36 Ukrainian experts participated in study tours to the consortium member states and Spain.

Kostyantyn Vaschenko, head of the National Agency of Ukraine on Civil Service, noted that Ukraine is a leader among EU neighbourhood countries in terms of the number of Twinning projects in which it has participated. In total, 37 Twinning projects have already been implemented in Ukraine, and seven are ongoing. Vaschenko underlined that the “Assistance in Development of an Open and Transparent Agricultural Land Market in Ukraine” project will benefit StateGeoCadastre as well as Ukraine in general as it continues with the implementation of comprehensive reforms.

Background. The project, “Assistance in Development of an Open and Transparent Agricultural Land Market in Ukraine,” was entrusted with the Netherlands Enterprise Agency, German Land Use and Management Company Ltd (BVVG), and the Ministry of Agriculture of the Republic of Lithuania. The project lasted for two years: from January 2014 to January 2016. Twinning is one of the tools of the European Neighbourhood Policy (ENP) to strengthen EU relations with neighbouring countries.