Reforms in Ukraine have always been a priority for the European Union, which directs financial and technical support to the country and uses various incentives to encourage positive change. Unfortunately, over the past two years, Ukraine and its European partners have jointly been preoccupied with more acute, immediate issues, particularly those related to the war in the eastern part of Ukraine. Now, however, domestic reforms are once again the number one priority in EU-Ukraine bilateral relations. A statement issued by Federica Mogherini, the EU high representative for foreign affairs and security policy, and a recent European Parliament (EP) resolution both clearly articulated this new direction. 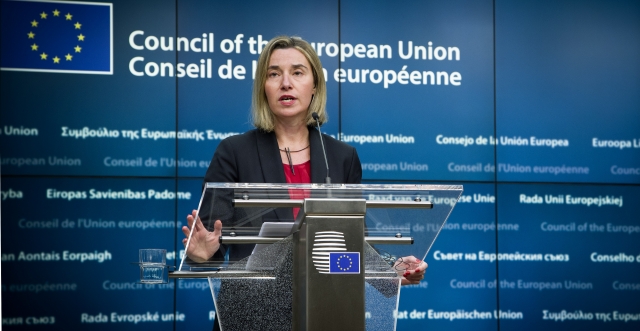 “We had a discussion about Ukraine, and restated our full and united support for the full implementation of the Minsk Agreements, – Federica Mogherini (on photo) told on January,19, after Foreign Affaires Council meeting. – But this time we focused less on the Minsk implementation and also took the time to address the reform process inside Ukraine and especially the reform of the judiciary, the reform of the public administration sector, the decentralisation reforms, and recognising the incredible, outstanding work that the Ukrainian authorities have done over the past months to move the reform agenda forward with very concrete steps. We also agreed that this work needs to continue, especially with the provisional application of DCFTA as of January 1.”

On January 21, two days after this statement was made, the European Parliament adopted a resolution on the Association Agreements between the EU and Ukraine, Moldova and Georgia. The EP stressed that, “the biggest single challenge of the reform effort is endemic corruption.” MEPs welcomed the anti-corruption legislation and the establishment of a number of anti-corruption institutions: the National Anti-Corruption Bureau, the National Agency for Prevention of Corruption, a special anti-corruption prosecutor, and the National Agency for the Recovery of the Proceeds of Corruption. In addition, the European Parliament “expressed its understanding that the war situation in the east of Ukraine is a serious impediment to the reform effort,” but stated, “the success and resilience of Ukraine vis-à-vis any external foe depends strictly on the health of its economy and legal framework, thriving democracy and growing prosperity.”

Domestic reforms in Ukraine seem even more important in light of the recent launch of the Association Agreement. The Agreement’s goals can be achieved only with massive changes. Several experts in the field commented on the EU’s “new old” approach towards Ukrainian reforms and the importance of such reforms. 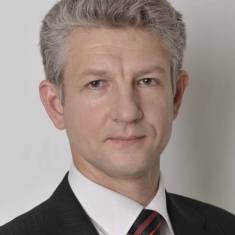 In this context, implementation of the Association Agreement is an objective indicator (although not the only one) which testifies whether the Ukrainian authorities have actually heard those massages. It is important, that the Ukrainian authorities have to implement the Agreement in situation of the society’s ungrounded high expectations for European integration and the primary challenge is “to buy time” necessary for hearing positives news produced by implementation of the Agreement.. Thus, the government is obviously in a difficult position for many reasons. Firstly, the public is tired from the stress over the last two years. In public agenda, the AA is already a functioning document long time; however, over 90% of its provisions only entered into effect as of January 1, 2016, and these are the provisions which may bring the major economic benefits for Ukrainians. In addition the success of reforms under the Association Agreement depends on building a strong foundation in a timely manner. This foundation includes the rule of law, fight against corruption, good governance, and democratisation; and these demanding for the government reforms are not prescribed in detail in the Agreement. Finally, the authorities cannot do the key thing, i.e. to use the economic potential of the Agreement, since it is a matter of business, which is often not ready for that.

To address these concerns, the government should work on quickly accumulating several success stories while implementing the Association Agreement, and the EU should provide the government with maximum support in this matter. I am talking about achievements which could be persuasively demonstrated to the majority of Ukrainians by early 2017, when the PR effect of introduction of the visa-free regime with the EU will have vanished. These success stories could come in the form of first agreements on conformity assessment and acceptance of industrial products (ACAAs) (which will greatly simplify the export of Ukrainian industrial products to the EU market), or the first EU public procurement tenders won by Ukrainian companies, or the signing of the common air space agreement. (True, the last one although depends more on the EU side). Such achievements will contribute to belief of the society in success of the European integration. 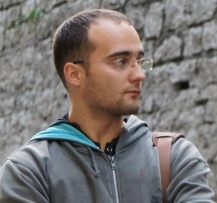 – Federica Mogherini stressed that, during its last meeting, the EU Foreign Affairs Council, for the first time, paid more attention to Ukrainian reforms than to the Minsk agreements. The reason for this shift may be a decrease in the fighting in the Donbas, despite the persistent relatively slight gunfire. Development issues are now in a priority position over security concerns. On the other hand, this change may simply be the EU putting pressure on Ukraine, in particular to adopt constitutional amendments on decentralisation.

In any case, Ukraine should speed up the domestic reforms not dealing with constitutional amendments. This would be most in line with the aspirations of the Ukrainian people. Judiciary reform, a range of laws related to tax reform, and the implementation of already adopted legislation, such as civil service reform, are among the most important steps. Kyiv’s success on reforms will not only ensure the support of Ukrainian citizens, but also will strengthen its position in negotiations on Donbas and Crimea.

Corruption is known to be among the most significant problems facing Ukraine. Effectively fighting this “cancer” will not only mean Ukraine doing its “homework” on visa liberalisation, but also will improve the business climate in the country. This will encourage the development of small and medium-sized enterprises in Ukraine, more investment, and economic growth, allowing Ukraine to fully benefit from free trade with the EU. The anti-corruption measures should be accompanied by judiciary and prosecutorial reform. It is also important to come to a consensus on the tax code and ensure the immutability of tax legislation for pre-set time. This will minimize the risks to Ukrainian and international businesses, allowing for more investment.

Oleksandr Sushko, research director of the Institute for Euro-Atlantic Cooperation 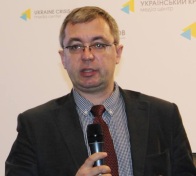 – The EU is giving Kyiv a bit of praise, but also commenting on the slow pace of some reforms, especially the anti-corruption ones. In terms of the implementation of the Association Agreement, governmental implementation and business use of the EU standards, which are essential for increasing exports to the EU, is the most important part of the free trade area that is effective as of January 1. But the reforms on good governance truly remain the most important ones. These goals include the fight against corruption, reform of the prosecution function and judiciary reform, public procurement and public service reform, etc.