On October 1, Ukraine’s new law on the natural gas market entered into force. The law is one element of Ukraine’s obligations to harmonise national legislation with the EU’s Third Energy Package. Specifically, the law addresses the implementation of the European Parliament and Council’s Directive 2009/73/EU concerning common rules for the domestic natural gas market, and Regulation 715/2009 on conditions for access to natural gas transmission networks. How will Ukrainian consumers benefit from this legislation, and what are the challenges facing its implementation? We asked the experts. 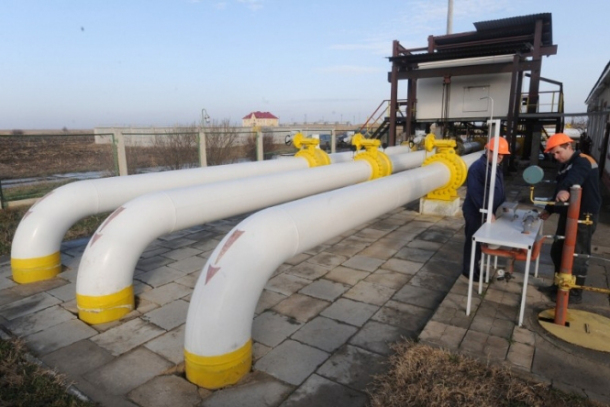 Ideally, the implementation of the law on the natural gas market within the Third Energy Package will promote a competitive gas market in Ukraine that will operate on the same principles as in the EU. Each consumer will be able to a choose gas supplier and each supplier will be able to target a range of consumers.

This means a transition away from the current model of one monopolistic gas supplier – Naftogas Ukraine. Currently, this one company dictates the rules of the game through the mechanism of formal approval with the National Commission for Energy State Regulation. Upon implementation of the law, Naftogas will have the same rights and be subject to the same regulations as other players in the gas market. This means that there will be a gradual transition from the current natural monopoly to a competitive market with diverse suppliers. Obviously this won’t happen overnight or even in a year’s time. There will be gradual increase in the number of suppliers as the market adapts to the new legislation, wherein each consumer can choose among many gas suppliers.

For now the most important thing is to implement the law properly. In total, there are about 300 bylaws that need to be adopted concerning different levels and departments of government, the National Commission for Energy State Regulation, as well as businesses. This is hard work and it will take time.

Our European partners often don’t understand all the nuances involved in the implementation stage; they think it can be done quickly. But even in the EU, it took five years to implement the Third Energy Package. So people shouldn’t expect that everything will be different by the new year, for example. Ukraine is entering a period of transformation that will certainly last for several years. One critical element that must be adopted immediately is a network code. The code is important in terms of reorganising relations at the local level between local gas networks and end users.

Today, consumers must turn to an oblgas (the regional gas distribution company) for their purchases of natural gas. This has to change. Companies interested in distributing gas to end users should have access to the local gas distribution networks that are now under the control of the oblgases. In the future there should not be an oblgas monopoly in each region of the country.

European experience shows that there can be a lot of problems (in implementing the law). One should not expect an easy transformation. In the context of EU-Ukraine relations, one of the fundamental problems is the relationship between European companies and the Russian Gasprom. This is a kind of “bomb” waiting in the implementation of the law. European companies have signed a shareholders’ agreement on the “Nord Stream-2” gas pipeline with the Russian Gazprom. Meanwhile, the Third Energy Package prescribes the unbundling (separation of different functions) of the Ukrainian natural gas industry. That is, gas production, transportation, and sale are to be split into separate financially autonomous businesses. In the case of the unbundling of Naftogaz, its subsidiary, Ukrtransgaz, will become completely independent, and will earn income solely from transport fees. Because European shareholders want a return on their investments in Gasprom, they will choose to pump gas via this new route, bypassing Ukraine and Uktransgaz. As a result, the company will be under threat of bankruptcy.

It is a strange situation. On the one hand, the EU is helping Ukraine to make reforms; but on the other hand, EU businesses are harming Ukraine. How will Ukrtransgas be able to survive separate from the core company if it doesn’t receive revenues from gas transit and storage for foreign companies? Ukratransgas will not just have zero returns; it will also be tremendously unprofitable and ultimately go bankrupt. So, I think today this is the main external challenge to the successful implementation of the Third Energy Package.

A domestic challenge is that oligarchs currently control the gas sector in Ukraine. They will oppose the implementation of the law and try to modify the scheme of gas sales using front companies with offshore owners. 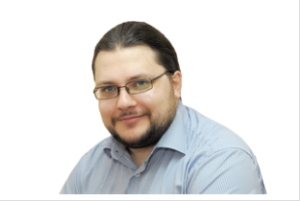 This law establishes fundamentally new rules on the natural gas market. Consumers and suppliers in the EU are already operating according to these rules. For Ukraine, this law actually means performing its liabilities within the framework of the European Energy Community. The law should have been adopted early in 2015, but the process took longer than expected.

The practical importance of this law is that at the end of the transition period (which is to last until the middle of 2017) any consumer, including domestic consumers and households, will be free to choose a gas supplier. That is, to choose between different offers, including price offers. As a result of this competition, the consumer receives the best price and service.

Now there is the matter of creating the necessary legal framework. The Verkhovna Rada needs to adopt a few more laws so that the Ukrainian legal framework is compatible with the new gas market. This will involve more than 10 amendments to the laws and codes of Ukraine, in particular, it will be important to modify tax and customs laws to enable free operations in the gas market, including exports and imports.

On October 5, the Verkhovna Rada failed to adopt the first among these laws. It takes time to register a revised version and to persuade MPs to support it so that these laws are yet adopted and gas market starts operating at full scale.

Consequently, the array of laws and regulations should be adopted. The next step should be restructuring the National Joint Stock Company, Naftogaz: planning the model according to which the company will be divided before finally starting the process. After that, an independent gas transportation system will be created. A lot will depend on how regional suppliers – regional gas companies – fulfil the requirements of the law on unbundling the gas supply and distribution functions, as well as on how regional gas distribution networks provide free and non-discriminatory access.

There is the potential for many problems. The gas market reforms may be delayed, thereby prolonging the transition period. There is also political risk: for political reasons, the government could decide to abandon tariff reforms. This would mean that Ukraine would return to a system of regulated gas prices for households, which actually contradicts the model proposed by the new law on the gas market.