As the number of IDPs exceeded 1 million people, the EU constantly supports IDPs in order to prevent humanitarian catastrophe in Ukraine. €17 million assistance is among numerous EU humanitarian projects in Ukraine, targeted different groups of displaced persons all over Ukraine, i.e. children, families, people suffered chronic diseases, and even entrepreneurs. 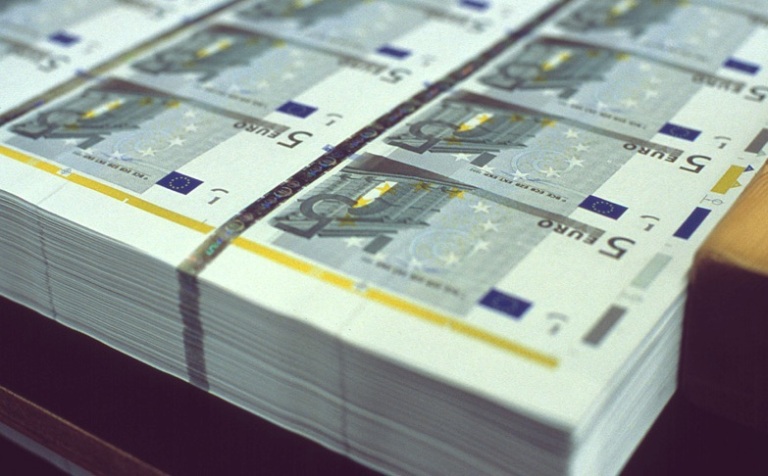 Pirena is a displaced company from Donbas, which produces equipment for firemen. The company used to be successful and deal its products not only to Ukrainian market, but also to Georgia and Kazakhstan. When military actions started in Severodonetsk city and it was occupied by gunmen, the company faced racket and blackmailing.

“Then we decided to move our enterprise to a safer place”, says Oleksandr Hryschenko, director general of Pirena company. The businessman managed to move his production to Vinnytsia region, but the majority of production facilities were lost in the occupied city. So, the company found itself striving to recover its functioning.

Many Donbas enterprises appeared in such situation. According to data by UN monitoring mission as of October 2014, about 40 thousand SMEs from conflict area were forced to stop their business activity, and as a result hundreds of thousand people lost their jobs.

To solve this problem and support Pirena company together with other businesses from conflict-affected territories the EU provided €324 thousand grant for local initiative – Centre for adaptation of IDP entrepreneurs in Vinnytsia oblast within EU-funded project “Support to conflict-affected communities in Ukraine”, totalling €17 million.

“This project is a part of the overall response of the EU towards the crisis in the eastern Ukraine in total amount of €320 million”, explains Berend de Groot, Head of Cooperation of the EU Delegation to Ukraine.

Overall number of local initiatives is 17 projects in different regions of Ukraine targeting wide group of affected people from Donbas. Five of these projects were presented during the conference on Support to conflict-affected communities. Centre for adaptation of IDP entrepreneurs is one of them, aiming to help IDP enterprises from Donbas and the Crimea to recover their activity in Vinnytsia.

Serhii Desyak, its initiator and president of the Association of private investors of Ukraine, says that he had an idea of creating such centre to show that displaced enterprises are not subsidized, but can contribute to economic growth of Ukrainian regions.

“When it came clear that businesses from Donbas and Crimea are great stimulus for economy, there was a surge of interest from regional businesses to make partnerships with IDP enterprises”, says Desyak, explaining that “regional entrepreneurs have lots of unused resources and need for technologies. Donetsk and Luhansk oblasts have qualified professionals in engineering and other spheres which can supplement regional business”.

The Association of private investors calculated that the Centre for adaptation of IDP entrepreneurs will stimulate creation of 720 new working places in Vinnytsia oblast. Desyak urges that “if we calculate that these 720 employees will earn even minimal wages and pay social contribution of 37-38% [to the state budget], the payback is just crazy”. He admits that people finally realized that it is better to create jobs rather than give subsidies.

Desyak explains that the Centre will work in 4 main directions, which are concessional loans with compensation of interest rate, compensation of expenditures for business plans, information support, and business seminars on management, certification procedures, and entering EU markets.

It is planned to grant concessional loans with up to 14% of compensation of interest rate for 20 IDP companies. “The first compensations are going to be made approximately in May”, Desyak share with his plans.

Apart from concessional loans and compensation of expenditures for business plans, there is currently being developed information portal, where IDP entrepreneurs will announce their proposal for partnerships, or search for similar proposals of local companies. Also “it is planned to create description on economic potential of each territory in Vinnytsia oblast”, adds Desyak.

As for the business seminars, they will target major spheres of regional economy, i.e. agriculture, machinery, construction and building materials, energy efficiency and light industry. During the seminars the Centre will provide practical information on entering EU markets.

Pirena company also joined the initiative of the Centre. Now, with its support the company expects to receive business loan under beneficial conditions and plans to develop its activity by opening EU markets.

The EU-funded project “Support to conflict-affected areas” was launched in September 2014 as a response to IDPs and the impact of crisis. The €17 million budget of the EU project aims to cover 17 local initiatives targeting various groups of IDPs, many children families, orphans, people suffering from diabetes and other chronic diseases, entrepreneurs, etc.

Type of activities of local projects vary from preparation of reception centres, schools, kindergartens, various public services, to recovery of infrastructure and support to displaced entrepreneurs from Donbas and Crimea.

You can find the complete list of local projects by the following link.