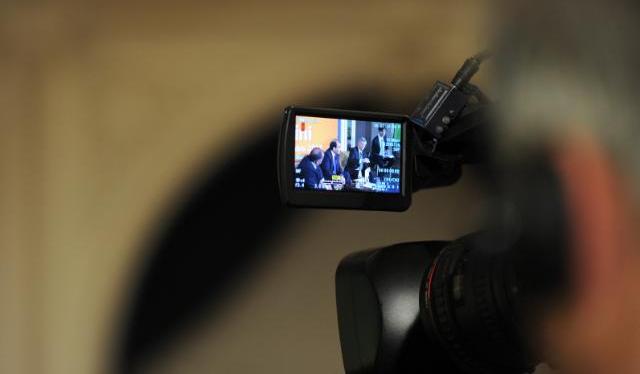 Access to public information can be counted among Ukraine’s successes in the field of media freedom in 2014, but experts say that amendments can be made to improve the legislation.

Implementation of the law on access to public information was among the requirements of the State-building contract signed between Ukraine and the EU in 2014. Since the contract was established, Ukraine has been rated among the best countries in the world with respect to the quality of its laws on access to information (Ukraine received 108 points out of 150 in the Global Right to Information Rating and currently holds 18th position).

But, “perfect law is not enough for an information society and media freedom,” says Roman Chlapak, team leader and project manager of the joint EU and Council of Europe project, “Strengthening Information Society in Ukraine.” He notes that, to be effective, the law must also be properly implemented. Chlapak points out that “the law demonstrates certain shortcomings in terms and definitions” and it should also grant considerable power to an oversight body capable of enforcing legislation.

Chlapak presented a paper entitled Concept on amendments to the law on access to public information during a round table discussion held on February 17 in Kyiv. The concept paper was prepared by experts from the EU and Canada and contains detailed comments on the definitions contained within the Ukrainian legislation, as well as interpretation of the law. The proposed amendments also envisage the establishment of a specialised oversight body. Chlapak says that, “Currently, the oversight function is not implemented completely.”

Now that the experts’ advisory work on amendments has been completed, and all the provisions of the law have been discussed, it is the Ukrainian parliament’s turn to approve the needed amendments. Civil society should work as a watchdog during this process, ensuring the successful implementation of the legislation.

The project “Strengthening Information Society in Ukraine” is jointly implemented by the EU and Council of Europe with an EU financial contribution of €2.73 million. The project covers different information dimensions, including access to public information, data protection, e-governance, and support to media in the digital switchover and the regulation of the public broadcasting system.

Concept of Amendments to the Law on Access to Public Information