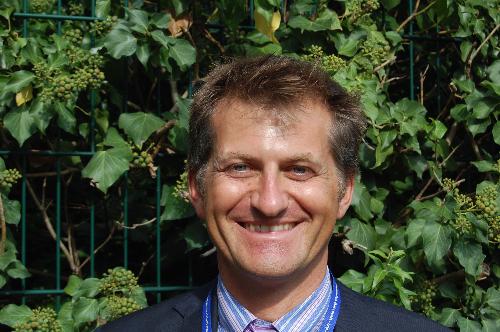 Mr Andrea Matteo Fontana, Head of Unit of Geographical Coordination Neighbourhood East of the European Commission, visited Ukraine on Dec. 11-14. Before the visit, he gave an interview to the ENPI-Info centre, the EU’s key information hub focused on the European Neighbourhood Policy.

Read below Fontana’s key statements relating to Ukraine from this interview.

On Eastern Partnership: “The Eastern Partnership [covering Ukraine, Armenia, Azerbaijan, Belarus, Georgia, and Moldova] can bring positive changes to the daily lives of our neighbours, since a huge chunk of EU legislation will be introduced in their countries. This will mean a better quality of life (e.g. higher food safety standards), more trade opportunities, better business environment, easier travel to the EU, and many other very tangible results.”

“We support an initiative called the Covenant of Mayors, which aims to reduce CO2 emissions in European cities by 20 per cent by 2020. So far, 54 cities in the Eastern Partner countries have joined this network embracing more than 4,000 cities and 100 regions in Europe.”

“We help to improve forest governance under a project called FLEG” (Forest law enforcement and governance) that “helps to preserve forests, which in turn positively impacts on the environment.”

“We help local communities to improve their access to medical services. For example, the medical centre in Bayrak village received new medical equipment funded through an EU grant.”

On sectoral budget support: “We support reforms in a speciﬁc sector where a partner country has developed a ‘homegrown’ reform strategy in a key area such as justice, energy, education, health, or agriculture and rural development.” But “EU transfers money to support the given sector only if and when the country fulﬁlls its reform commitments.”

On “more for more” principle. “The principle means that those who are most advanced on reforms in the area of democracy and human rights will get more support, including ﬁnancial assistance. For this we want to fast-track funds provided under the EaPIC, the EaP Integration and Cooperation programme.”