The interactive map for people with reduced mobility Provodnik helps to find optimal and safest routes in Ukrainian cities. Users can add to the map sites with photos and comments, as well as assess the degree of their accessibility.

“90% of ramps are installed incorrectly, Ukrainian transport is almost completely unsuitable for people with disabilities, most businesses make inclusion facilities carelessly and do not think that it can be traumatic”, says Anna Kris, the founder of Provodnik.

After having lived in Ireland for several years, the girl returned to Ukraine, and on the contrast of living conditions she came to an idea of the project. Anna decided to change the situation and create a map where one may not just mark the available inclusion facilities, but consolidate the Ukrainians by uniting governments, businesses and civil society.

So, she got to the Hackaton from the European Union project “Regional Facility for Civil Society Development of the Eastern Partnership Countries”, which was attended by the participants from six countries – Azerbaijan, Belarus, Armenia, Georgia, Moldova and Ukraine. 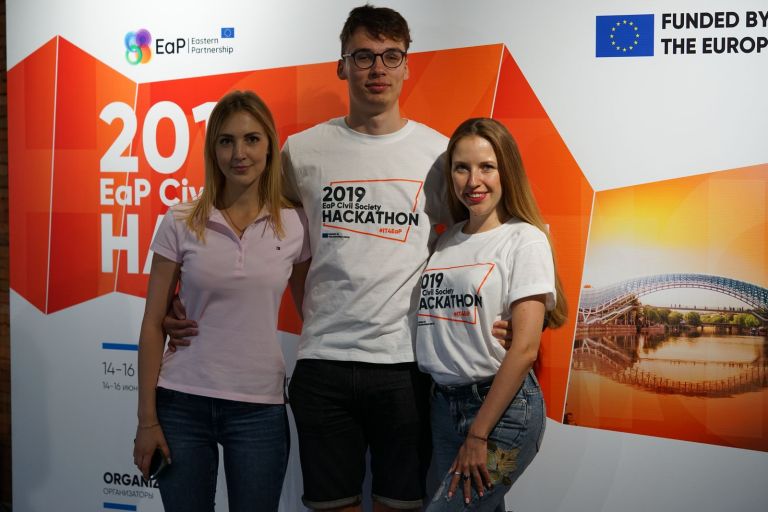 The first part consisted of the selection of ideas – in Kyiv. Then, 30 projects were sent to Tbilisi for a three-day Hackathon. The participants included designers, programmers and people with ideas, it was necessary to form teams on the spot. Anna was joined by a designer from Ukraine and a programmer from Belarus. The voting by mentors and participants brought to the final three best projects, among them – PROVODNIK.

The last stage was voting of representatives of the European Union. With a gap of 52 points from the second place, the team gained the annual award among civil society representatives in the field of innovative ideas for society development – the EU Digitalization for Civil Society Award.

PROVODNIK is an interactive map for people with impaired mobility, which helps to find the most optimal and safe routes in the cities of Ukraine, using data collected by users of the program.

The map will help to lay routes between facilities taking into account accessibility; independently add facilities to the map with photos and comments, as well as assess the degree of their accessibility for low-mobility groups of population according to the scale. When the facility receives 10 negative responses, the system automatically sends a request (complaint) to the appropriate government agencies.

Currently, more than 1,500 facilities have been included in Kyiv and Odesa. The legal department actively cooperates with the Kyiv City State Administration and the Odesa Regional State Administration. Also, the project team launched a YouTube channel on inclusion in Ukraine. The interviews with Paralympic champion Dmytro Fedyna, the founder of NGO “Fight for right” Yuliia Sachuk and one of the co-founders of Urban Space 500 Oleh Bardiak are already available for viewing. 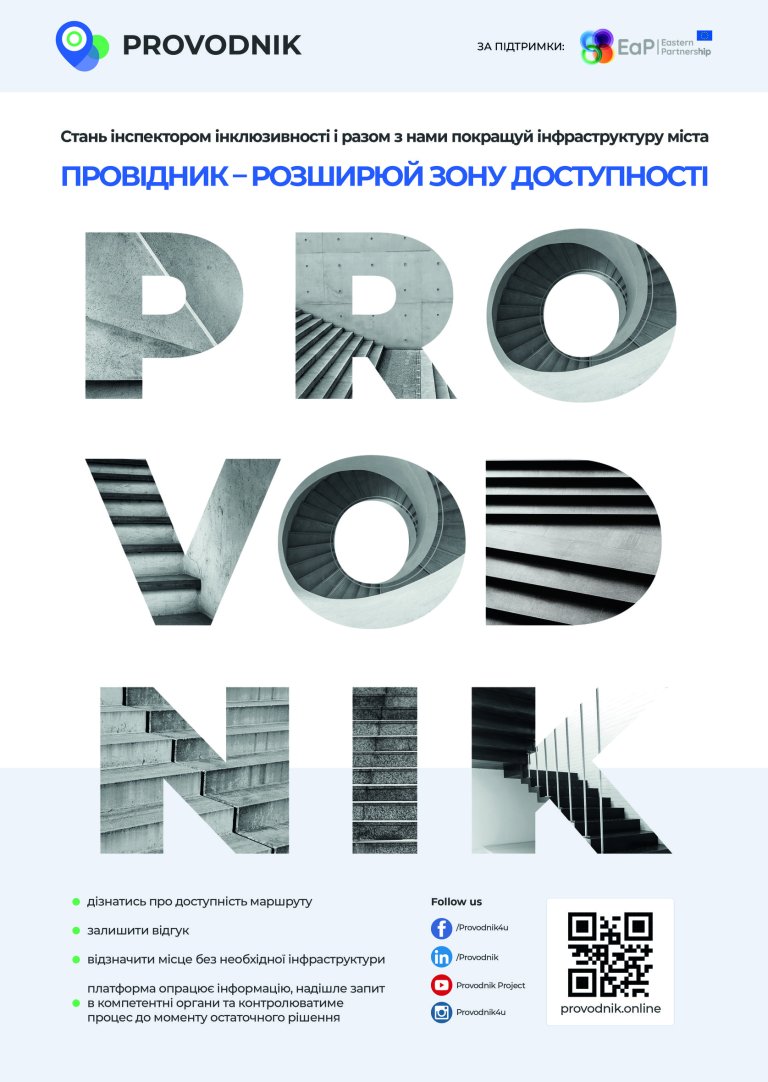 More information is available at http://provodnik.online. Sign up and act! Expand your area of access with us!