Baranivka ATC in Zhytomyr region is a successful example of local development. There are no large enterprises, but there are large plots of land suitable for organic cultivation of berries and fruits. An EU-funded youth cluster of organic business successfully operates in the community and helps to develop cooperatives, farms and organic production. In particular, a mini cheese factory was built in the village of Rohachiv with EU grant funding, which will give impetus to the development of family dairy farms.

According to a study of institutional capability, Baranivka City Amalgamated Community in the Zhytomyr Oblast is ranked second in the region and 24th among 1541 communities of Ukraine.

That’s especially impressing, given the fact that the community does not have large enterprises which could fill the local budget. And bearing in mind that no rural community is capable of covering its expenditures on its own. But despite the circumstances, the community was able to achieve significant economic development.

“The fastest way to launch an economy is using domestic and foreign investments and grants,” 57-year-old Baranivka Mayor Anatolii Dushko shares his successful experience. “Local economic development is the key matter for any community, because it means jobs, taxpayers, revenues. When money is available, roads, schools, medicine will be in place, too. The village will be in place! And that must be a strategic objective for the Ukrainian government: preserving our villages. Not to relieve land of villagers to sow corn-sunflower-rapeseed there, but to give villages a chance to revive.”

In the opinion of Anatolii Dushko, Ukraine does not have any criteria for allocation of budget funds. During the three years of decentralization process, Baranivka community, for example, did not receive a single hryvnia from the regional development budget and does not have a single kilometer of repaired roads paid for from the public road fund. He believes that in order to make it happen, instruments of budget alignment must work. For children born in Baranivka community and in Kyiv’s Pecherskyi District must live equally happily, the city mayor believes.

But that could still be a long way in the future, while children are growing fast…

Baranivka started to move toward financial independence from the state back in 2011. They began with reviving the long-abandoned hydroelectric power plant on the Sluch River. Six years later, when it was finally put back into operation, the budget received its first revenue: rent payments for land and for the dam.

Trying to save money, the city’s authorities took the course toward energy conservation and development of renewable energy sources. To begin with, they replaced conventional incandescent lamps with LED lamps at medical and educational institutions and on street lampposts.

Today, they save approximately 200 thousand kilowatt-hours per year on that alone. At the same time, they save 30 percent of gas during the heating season by insulating facades of the city’s school and gymnasium.

They borrowed money for thermal insulation at mere three percent interest from NEFCO, an international financial organization established in 1990 by the governments of Denmark, Finland, Iceland, Norway and Sweden. Surely, thermal insulation of buildings and replacement of conventional light bulbs do not come cheap, but the savings on heating and lighting justify the expense.

The revenue of UAH 3.1 million, which the local budget received during the last year and nine months of this year from Sunwin 11 Limited Liability Company operating a 10 MW solar power plant in the community’s territory, became a substantial support for the community.

This money came as a lease payment for 24 hectares of sandy land, which was a scrubland and an illegal landfill once and a source of constant headache for the city’s authorities.

During the past three years of Baranivka Amalgamated Community’s existence, the city mayor’s team was able to raise the total of 36.8 million in European grant (non-repayable) funding for development projects.

One of the largest and costliest projects is Youth Cluster of Organic Business of Baranivka City Amalgamated Community, funded by the EU.

A mini cheese factory was built in Rohachiv village under this project, which early in the next year will start making dairy products.

“The conceptual idea of a mini cheese factory is to buy milk from local producers, process it, sell dairy products and receive higher added value,” Anatolii Dushko says. “It is necessary to preserve the cattle population. Firstly, we are interested in developing family dairy farms, where they can produce milk, process it and sell dairy products,” Anatolii Dushko continues. “We are also interested in developing family dairy farms, where they can use milking machines and maintain veterinary care of cattle, thus ensuring quality of milk. Secondly, a mini cheese factory would consistently supply the local population (first of all, children in kindergartens and schools) with quality, uncontaminated products. Thirdly, it would allow to fill the budget with value added tax, because processed milk sells at a higher price. And fourthly, this way we would break the grip of bandit groups, who buy milk from the locals for peanuts, as we will be buying it directly at much higher prices. And most importantly, economic activity of a mini cheese factory would promote creation of dairy farms and employment of the rural population.”

“My biggest dream is for my compatriots to live in Ukraine and feel like in Europe,” Anatolii Dushko says. 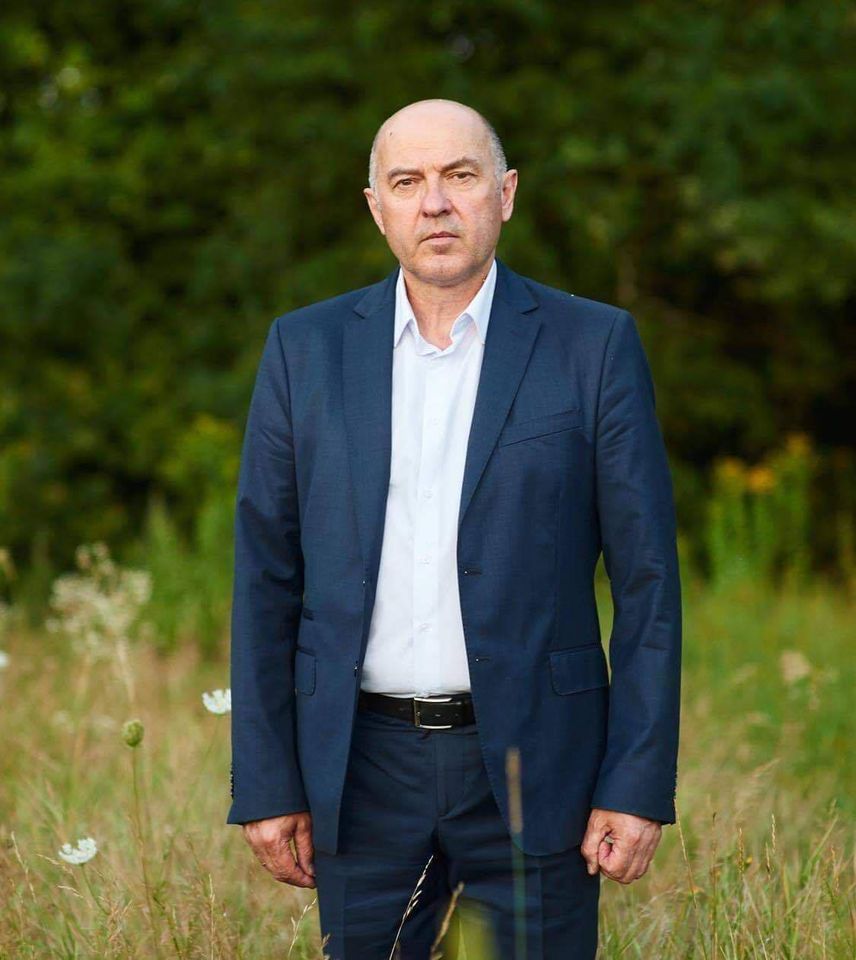 The cheese factory, designed to process two tons of milk per day, was built with a EU grant (the percentage of investment from the budget was only 3.8%). The milk for processing will be supplied by Milka-2018, a local cooperative. The enterprise will produce pasteurized milk, yoghurt, sour cream, soft and hard cheeses. Registration of the cheese factory as a communal property has already been completed, although it will still take some time before it becomes operational: they need to procure authorization documents, set up production technology and a sales market. 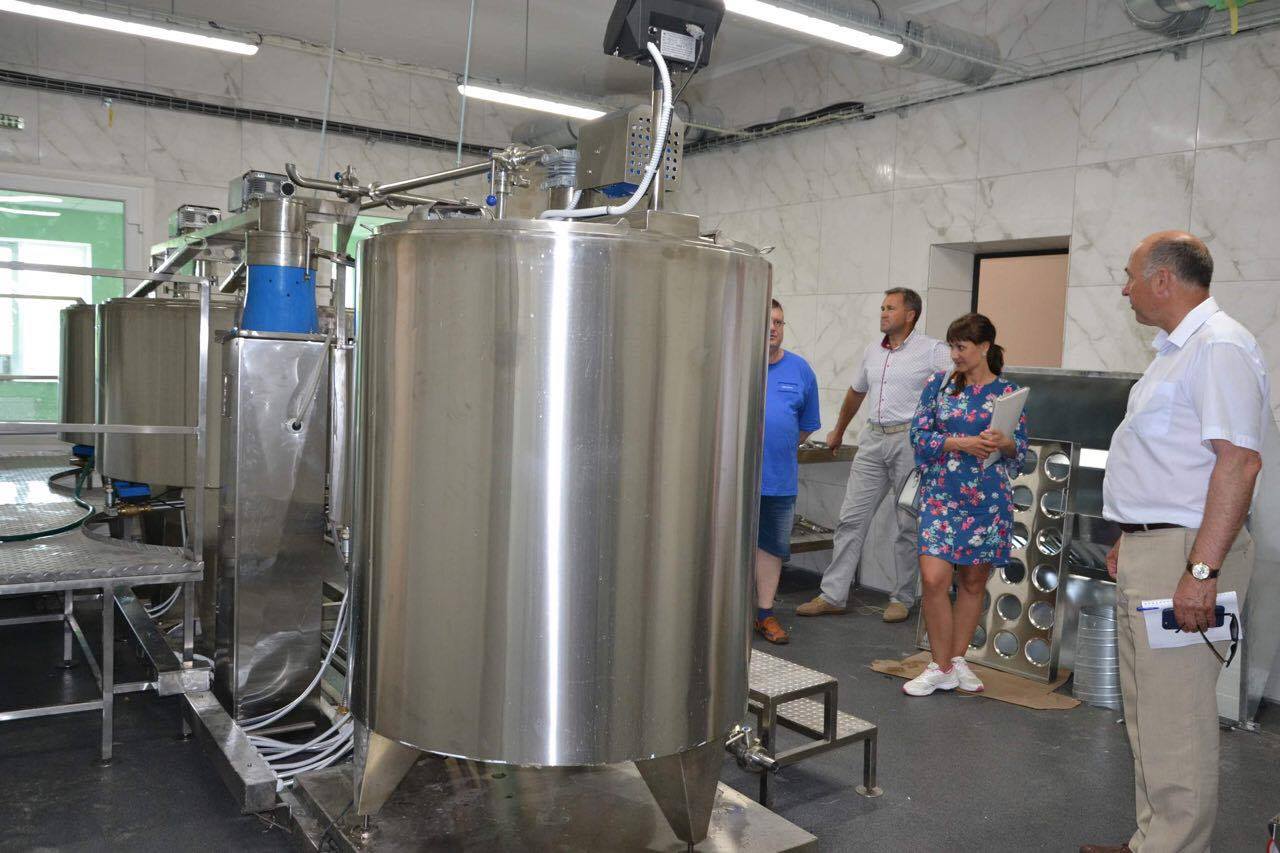 The team of the city council’s project, Youth Cluster of Organic Business of Baranivka City Amalgamated Community (cluster means that this project consists of many interrelated mini-projects), took serious efforts to create the processing enterprise. Their efforts are aimed to stimulate bodies of local self-government, businesses and the youth for cooperation to ensure sustainable economic development of the amalgamated community with the emphasis on organic foods. For interest of consumers in uncontaminated foods is growing all over the world. Development of this area of business helps bring investors.

What makes this amalgamated community unique is that it has a group of related enterprises operating in its territory and featuring a full cycle of plant growing, animal husbandry and meat and milk processing: Agro West Group LLC, Organic Milk LLC, Organic Meat Product LLC. Two new farms were built last year: Galex Agro (cattle breeding) and Homegrown Chicken (poultry farm), which have a certificate of organic producer. The amount of investments is almost UAH 80 million.

The bulk of Baranivka community’s territory consists of rural area with vast land plots suitable for organic growing of fruits and berries. These are the excellent conditions for development of eco-friendly businesses and additional budget revenues. That’s why Polianka village, situated in the midst of a forest, has already established a fruit and berry growing cooperative called Komora. They are thinking not just about growing strawberries and raspberries but also about gathering and freezing forest bilberries and mushrooms, and even have ambitious dreams of selling organic products abroad.

Moreover, Baranivka amalgamated community has established the Agency for Local Organic Development, a communal institution responsible for preparation and implementation of the Community Development Strategy and of an investment datasheet, for promoting development of small and medium-sized businesses, and for bringing grants to fund the community’s development.

“It is extremely important to create a class of entrepreneurs competing with each other in the producer market,” Anatolii Dushko says. “We seek a dialogue with businesses in order to increase the community’s budget and implement social programs. It is obvious: the richer a community is, the more successful it becomes. Unfortunately, we face a situation in which many businesses operate in the shadow today to evade taxes — they don’t trust the government.

“It is hard to get people organized — they live by inertia, based on the “kolkhoznik’s” principle, placing hopes on anybody except themselves. And some of them don’t even understand at all that grants are non-repayable borrowings made, first of all, to fund development of the community’s territory and improve living standards of its residents. Infrastructure in populated localities is created, first of all, for the inhabitants themselves. My biggest dream is to make my compatriots richer, and therefore, happier, and to turn their desire to live in Ukraine and feel like in Europe into reality.”