Three Ukrainian publishers have already been funded to translate high-quality European literature in Ukraine, and 18 books by Ukrainian authors have been translated and published in Europe with the support of the programme. Here are some of them.

The publishing sector, like all cultural and creative industries, is not experiencing the best of times. According to the survey conducted by the Ukrainian Publishers and Booksellers Association in mid-April, 50 largest publishers did not release 70% of the books scheduled for April and lost 70% of their revenues.

Now more than ever, publishers need support for further work and development. It can be obtained from the Ukrainian Book Institute as well as various national and international programmes. One of such programmes is Creative Europe, in which Ukraine has been participating since 2016.

The Literary Translation tender allows publishers to receive up to EUR 100,000 in co-financing for the translation, publication and promotion of a series of European works of art in Ukraine or Ukrainian authors in Europe. The tender is open until 28 May 2020.

A Collection of Passions, or the Adventures of a Young Ukrainian Woman (2001) is the first published book of Natalia Sniadanko. This is a collection of candid and touching childhood memories of a Galician girl about boys, first love, self-identification and finding herself in the world. An easy and fun novel with good humour and a retrospective of experiences that every girl probably feels. By the way, this book was published in Poland in 2004, where it immediately entered the top ten bestsellers.

A little later, Okhayni Propysy Ertshertsoha Vilhelma (2017), which focuses on the personal story of one of the most extravagant members of the Habsburg imperial family, namely Wilhelm, better known in Ukraine by the military pseudonym Vasyl Vyshyvanyi, was also published within the programme.

In addition, Natalia also translated Erebos written by Ursula Poznanski from German, which was published by Astrolabe Publishing with the support of the programme.

The novel NeprOsti (2002) is one of the latest Ukrainian classics. It is dedicated to the “alternative” history of the Carpathians in the first half of the XX century. It is told in 20 separate parts through the stories of “neprOsti”, as the Hutsuls called “earth gods”, i.e. people with paranormal abilities.

In 2011, Prokhasko’s book BotakE, which included this novel, was named Book of the Year. And in 2016, on the occasion of the 50th anniversary of the author, Terra Incognita publishing house republished the novel in the format of an art book with no less charming illustrations than the novel itself. In addition, Roman Hryhoriv and Illia Rozumeiko even wrote the NeprOsti dream opera in the same year.

Red Zone (2014) is the Artem Chapai’s debut in purely fiction. The novel is about a world divided into rich safe “green zones” and poor unprotected “red ones”. The action of the novel takes place in Kyiv in the near future but most of the described things are typical of modern Ukraine. The hero is a young journalist who is forced to escape to the territory of the red zone, which he is afraid of and has an idea of ​​only from the media. Set on the worst things to happen, it is in this environment of people who have a reputation of losers that he finds his best friends and a beloved one. 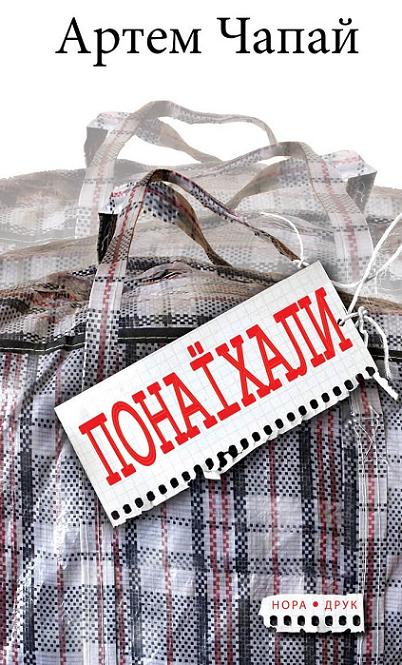 Ponaikhaly novel (2015) reveals the topic of migrants. The heroes are a family that goes abroad, i.e. becomes a migrant, and one of its members, who stays here, does not tolerate those who came here to earn money. The action takes place in a fictional city called the White Garden. The action also takes place in the West, namely in Lviv.

By the way, five books by Artem Chapai became finalists of the BBC Book of the Year literary award, including Red Zone (2014) and Ponaikhaly (2015).

Within the framework of the Creative Europe Programme, most of the works among Ukrainian authors translated in different years and in different languages were those of Serhii Zhadan.

Depeche Mode (2004) is a story about entering adult life in the early 90’s in Ukraine. It is when there is absolutely no understanding of what will happen next, neither in the country nor in one’s own life.  It is a colourful portrait of the transition period and the generation that stuck in the brutal hard times of the nineties.

Anthem of Democratic Youth (2006) is a collection of six lyrical stories about the development of medium-sized enterprises in an open society. It is about curious consequences of building a “democratic” state through the prism of the author’s personal humour. By the way, the book topped the ranking of recommended foreign language books of SWR, a German television and radio broadcasting company, in 2010.

Voroshylovhrad (2010) is a cruel, melancholic and realistic work dedicated to raiding in Ukraine. The story of Herman, who returns to the town of his childhood in the Donbas to find his missing brother and save his business, is at the heart of the novel. In 2012, the book won the BBC Book of the Year Award, and in 2014 – the Swiss Jan Michalski Prize for Literature. In addition, the novel was screened under the title The Wild Fields in 2018.

Mesopotamia book (2014) is dedicated to Kharkiv, Zhadan’s hometown. The book consists of nine prose stories and thirty clarifying poems, in which he gently and lovingly describes the life of the city lying between the rivers, biographies of characters fighting for their right to be heard and understood. It is a chronicle of street fights and daily passions. Declarations of love and betrayals, escapes and returns, tenderness and cruelty. In 2015, the book won the Angelus European Literature Award.

Internat (2017) is a travel novel that lasts three days. During this time, a local Ukrainian language teacher passes checkpoints, destroyed houses and overcrowded stations to find and rescue his nephew. In 2017, the book was included in the top three books of the BBC Book of the Year award and became the best book of the 24th Publishers’ Forum in the Modern Ukrainian Prose category.

Antenna (2018), a collection of poems by Serhii Zhadan, was also translated.

It is also worth noting that Serhii Zhadan is one of the most popular modern authors abroad. His works have been translated into 20 languages.