Quarantine and isolation are a great time to find inspiration to realize all creative ideas. Especially when you can gain new experience, test yourself and even change the world for the better thanks to your talent.

The European Commission will launch a new tender for the digital distribution of cultural content in May, and the deadlines for a number of other programs have been extended due to quarantine, so let’s get to work.

In the meantime, for inspiration, let’s talk about the experience of Ukrainian artists and cultural professionals who became participants in the i-Portunus project of the Creative Europe Programme of the European Union. The project funded trips of tender participants of 41 Creative Europe participating country from April to September 2019. The amount of funding varied (EUR 1,500 to EUR 3,400) depending on the duration of the desired trip (15 to 85 days).

Dance improvisation in the territory of a former collective farm

Maria Bakalo is a Crimean who moved to Lviv after the annexation and founded her own dance improvisation studio there. Thanks to the program, she became a member of The P.O.R.C.H. Synthesis Module in Lunow-Stolzenhagen (Germany): 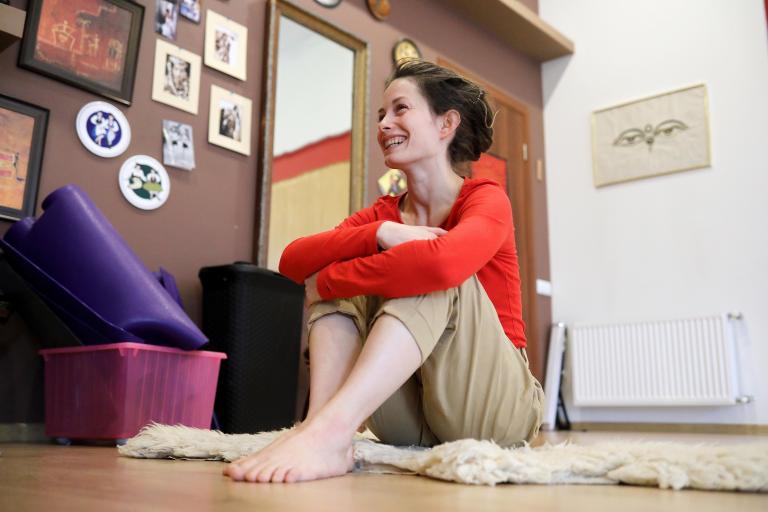 “I needed to go to study, because there is a lack of information in Ukraine in my activity unfortunately. We are not engaged in dance improvisation as much as it is interesting to me in our country so far,” the girl shares.

The girl heard from her friends about an art residence in Germany, which is located in the territory of the former Ponde Rosa collective farm. Artists have turned this space into a creative one. 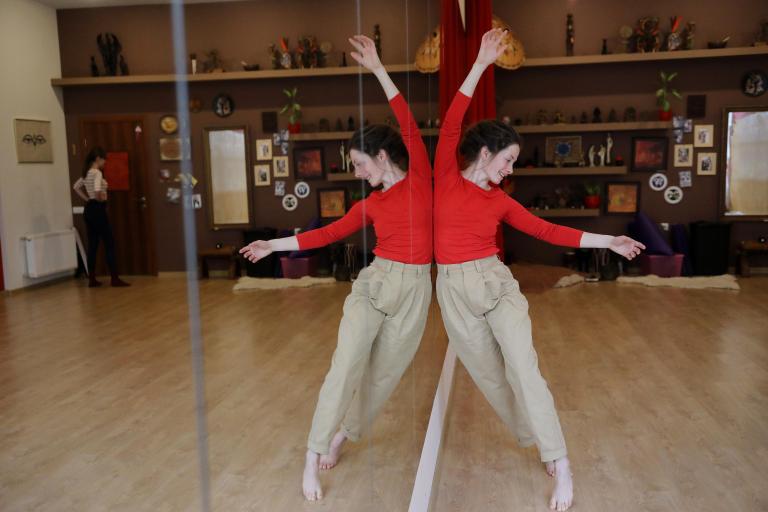 Maria dreamt of getting there, applied for participation, received an invitation from organizers and went for three weeks in August thanks to the program:

“It is a residence where artists come from different countries. There were master classes or workshops there simultaneously. Our synthesis module brought together 8 artists from different countries, namely from Canada, USA, Australia, Israel, etc. Everyone has a different background, different views of life, creativity, ethical norms. So, it is very developing,” she shared.

Maria says that applying for different art programs and residencies is part of her job and that this application was simple.  “This is a cool program, since it allows individuals to apply. I applied as a freelance artist who is not assigned to any institution. This greatly simplifies reporting on the utilization of funds,” she said.

And the performer Yaryna Shumska from Lviv managed to visit three countries at once thanks to the mobility program. The artist by education, Yaryna has been performing for more than 14 years already. Today, she teaches at the Lviv National Academy of Arts. She had the opportunity to present her project Kilograms of Memory in three different locations November 11 to December 1:

“I had to have an invitation to apply for this program. And because I was ok with the time and I had to have three invitations, it was all covered by a single trip that lasted three weeks,” tells Yaryna.

The first in her journey was the town of Lucian in southern France:

“A local artist has been organizing a residence for artists at her home for about 20 years. I accomplished two projects in Lucian: Art Meeting #5, participated by three French artists and I, each presenting their performance. I was the first artist from Ukraine in this residence,” the girl recalls. 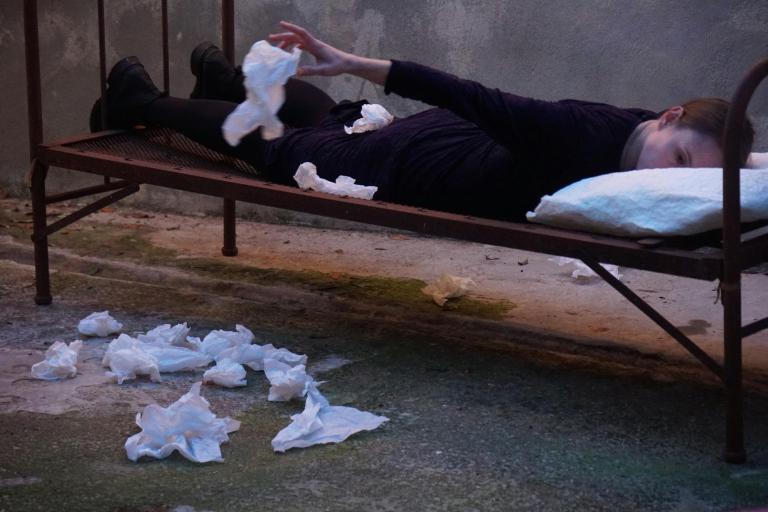 The next place was Cologne (Germany):

“This city has the world’s largest performance archive. Boris Neslony, a German performing artist, has been collecting all the files related to the performance for more than 40 years. So, it was very nice to contribute to this archive,” she explains.

The third part of Yaryna’s trip within i-Portunus was the Circle of Time festival in the Polish city of Toruń.

Yarina calls new acquaintances the most important result of participation in the mobility program:

“This is an opportunity to invite these people here, show them what we do. And also to share the right contacts with your students. Such moments are always inspiring because life goes in a certain loop: work, responsibilities.  The opportunity to be in a different environment is very necessary, since it allows looking at the world a little differently,” Yaryna concludes.

Conversations about art and feminism in Warsaw, Prague and Paris

Oksana Briukhovetska, an art curator, learned about the i-Portunus program during the ArtGora forum in Riga, where she presented the book The Right to Truth. Conversations on Art and Feminism (edited by Oksana Briukhovetska and Lesia Kulchynska).

“We thought about how to distribute the book abroad, in the countries where we interviewed. I-Portunus was a great opportunity for that. I applied (the application procedure was quite easy) and received a minimum two-week grant to visit Warsaw, Prague and Paris. I brought ten printed books to these three cities each and held public presentations in three institutions with which I cooperated,” says Oksana.

While collecting materials for the book, Oksana spoke with artists, curators and activists from different countries, including the Geneviève Fraisse philosopher.

In Warsaw, the book was presented at the Museum of Modern Art in Warsaw.

“The anti-fascist exhibition showed anti-war works by Martha Rosler, an American artist. Our book includes an interview with Martha Rosler,” she recalls.

The Code of Feminist Art Institution established Prague was published in the book in Ukrainian for the first time. The presentation took place there in the creative space of transit.cz, and the largest audience was attracted in Paris:

“We conducted it (presentation – ed.) together with Ségolène Pruvot, our research partner from European Alternatives, with the involvement of Geneviève Fraisse and Ophélie Latil, an activist” Oksana recalls.

She explains that the title of the book The Right to Truth is a phrase from Fraisse’s texts, where she analyzes the discussions of the late 19th century about allowing women to paint nude figures.

“When preparing separate presentations for each of the three cities, which differ in contexts, I, first of all, tried to present to the audience the work of Ukrainian artists and tell about the Ukrainian context. In particular, you can read interviews with such Ukrainian artists as Valentina Petrova, Alina Kopytsia and Dana Kavelina in the book,” she says.

I-Portunus was a pilot short-term project organized by a consortium led by the Goethe-Institut along with Institut français, Izolyatsia and Nida Art Colony of the Vilnius Academy of Arts.

As a result of three waves of competitions, we managed to approve applications from 337 participants for a total of EUR 620,933.

“However, 10 times more artists applied, which proved how much demand there was for such initiatives,” says Oksana Sarzhevska-Kravchenko, Director of IZOLYATSIA Foundation.

According to her, Ukraine was in the top 10 countries by the number of applications submitted: 95 Ukrainians applied for three waves of the competition and 18 of them were selected.

In 2020, a second similar initiative with other consortia should appear. All projects are designed to identify how to promote international mobility for artists in the best way possible. It is later planned that the initiative will become permanent within the framework of the Creative Europe Programme for 2021-2027.

Detailed information about programs, requirements and deadlines can be found on the Creative Europe website in Ukraine.