After the penal system reform in Ukraine, as in American serial movies, petty criminals can go back home without wristbands after the court. A new system of probation is being established for it: the system that allows a convicted person avoid the jail, but not the punishment for the crime. This system is widely used in the West and has already allowed reducing both the number of crime victims and the level of crimes. The same results are expected also in the Eastern Europe. Will Ukrainian probation system cope with such tasks and challenges? Won’t the convicted people who were freed from the jail become an additional burden on the law-enforcement bodies and distress for their families and neighbours? Valeri MacNerney, an international expert of the European Union project “Pravo-Justice” on the implementation of volunteer institute in probation and improvement of the cooperation with public organizations.

Under the data of the European Centre of Human Rights, Ukraine takes the first place among 50 European countries by the number of life-time prisoners. There are 1541 of them in the country, while totally there are 55 000 prisoners.

The probation system is aimed at decreasing the number of prisoners and repeated crimes. Its essence is in the following: after the sentencing, if the sanctions of the article do not exceed five years of imprisonment, a person is given the right to continue his usual life instead of imprisonment. He can work, study and live at home. However, all those who managed to avoid imprisonment are obliged to regularly show up for registration at the probation department. The main task of the department is to find out what pushes this person to commit a crime and how to help him/her to avoid a new crime. Some law breakers can be obliged to participate in the probation program for changing the way of thinking or overcoming aggression. According to the experts, the implementation of the new system should increase the safety level of the society.

Won’t “releasing” such convicted people result in chaos in the society? As many people think that it is calmer when criminals are in jails.

Valeri MacNerney: No, as these people are constantly supervised. Not only that they must regularly register themselves at the probation departments, but they are also visited by the probation officers and volunteers at home. They constantly evaluate the condition of the person and his/her changes on the way to improvement and, if necessary, decide how to help him solve a problem.

If the convicted person does not meet his/her obligations, the punishment can be even more severe.

The probation has been working in Europe for long. For instance, the alternative penal system of Great Britain is already 200 years. Two centuries ago police commissioners were introduced there. The probation has already proved its effectiveness in reducing the crime level: in particular, due to its implementation the number of thefts decreased significantly. However, according to the expert, certain changes happen in Great Britain even nowadays. For instance, the private and public probation systems are being combined at the Foggy Albion now. Nowadays an alternative punishment with which the United Kingdom is familiar for long is implemented in Ukraine with the help of Europe. The project facilitating the justice system reform is called “Pravo Justice”. 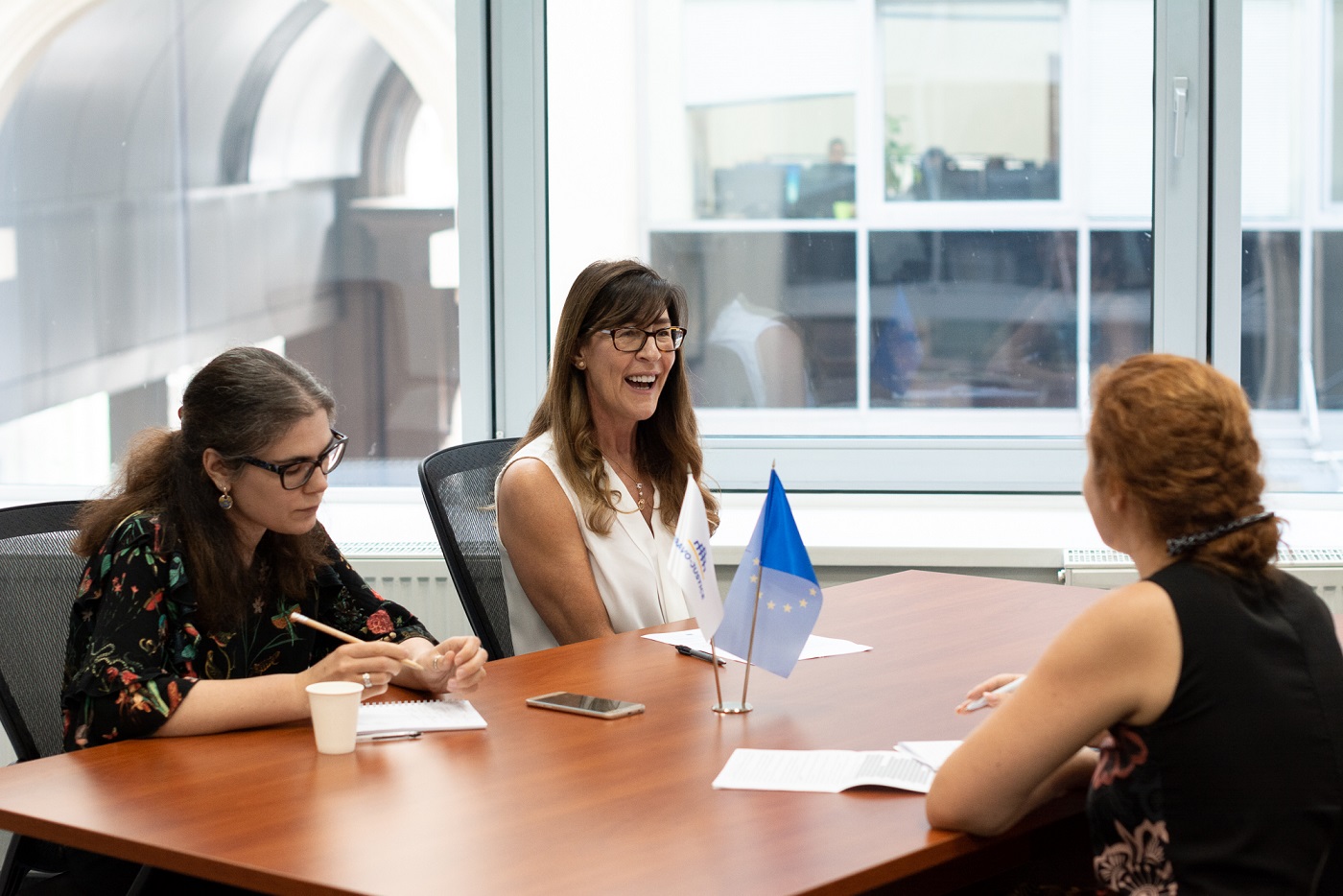 Will the probation system suit Ukraine? Very often the reforms are stuck, or they change in such a way that makes it impossible to recognize them.

Valeri MacNerney: The probation system in Ukraine has been already successfully working. Currently 65000 law breakers serve their sentences out of prison. Annually 100 000 people convicted without imprisonment are registered at the probation authorities. Many of them managed to keep or find a working place, overcame addictions or created families. About 600 probation offices employing over 3000 people have been already created. However, there is a problem of staff deficit, especially in the rural areas where there are one or two specialists working. If someone is on a sick leave or vacation, there is no one to do the work.

In these cases, volunteers must help. As an expert I deal with recruitment and training of such volunteers. Volunteers must help probation officers to do the tracking and carry out social, educational and corrective actions. Currently a pilot project on recruitment of volunteers is taking place in two pilot regions: Ivano-Frankivsk and Dnipropetrovsk. A volunteer must be older than 18 years. There are no strict criteria and the decisions are made on a case-by-case basis, but almost all those who expressed the wish are welcomed. Pravo Justice European Union project cooperates closely with Ukrainian non-governmental organizations in recruiting volunteers.

The work of volunteers is not paid, and it is usually very difficult to establish a contact with the convicted people and to control them. Are there enough people who are ready to join such activity?

Valeri MacNerney: I worked with volunteers in Germany, Italy, Finland, Great Britain and now Ukraine. I want to emphasize that there are usually many people who want to help without any payment. In addition, such work is not absolutely for free for the EU: the training and business trip costs are covered. In many countries an additional advantage for those who are interested is the fact that volunteers can later start working at the probation departments. In addition, it is really unique personal experience.

Often former imprisoners or drug-addicted people join as volunteers. They work in a quality and loyal way as they know about the problems of people first-hand.

Under the plans in future volunteers will work in each probation department. Together with the probation officers they must be involved in re-socialization of the convicted people, help them solve problems so they don’t have a reason to commit crimes for gain.

The probation of the juveniles is especially important, according to the experts, as the family and school play a huge role in their development. During the probation period the teenagers stay in their usual circle of parents and friends, therefore the risk of the repeated crime is reduced. 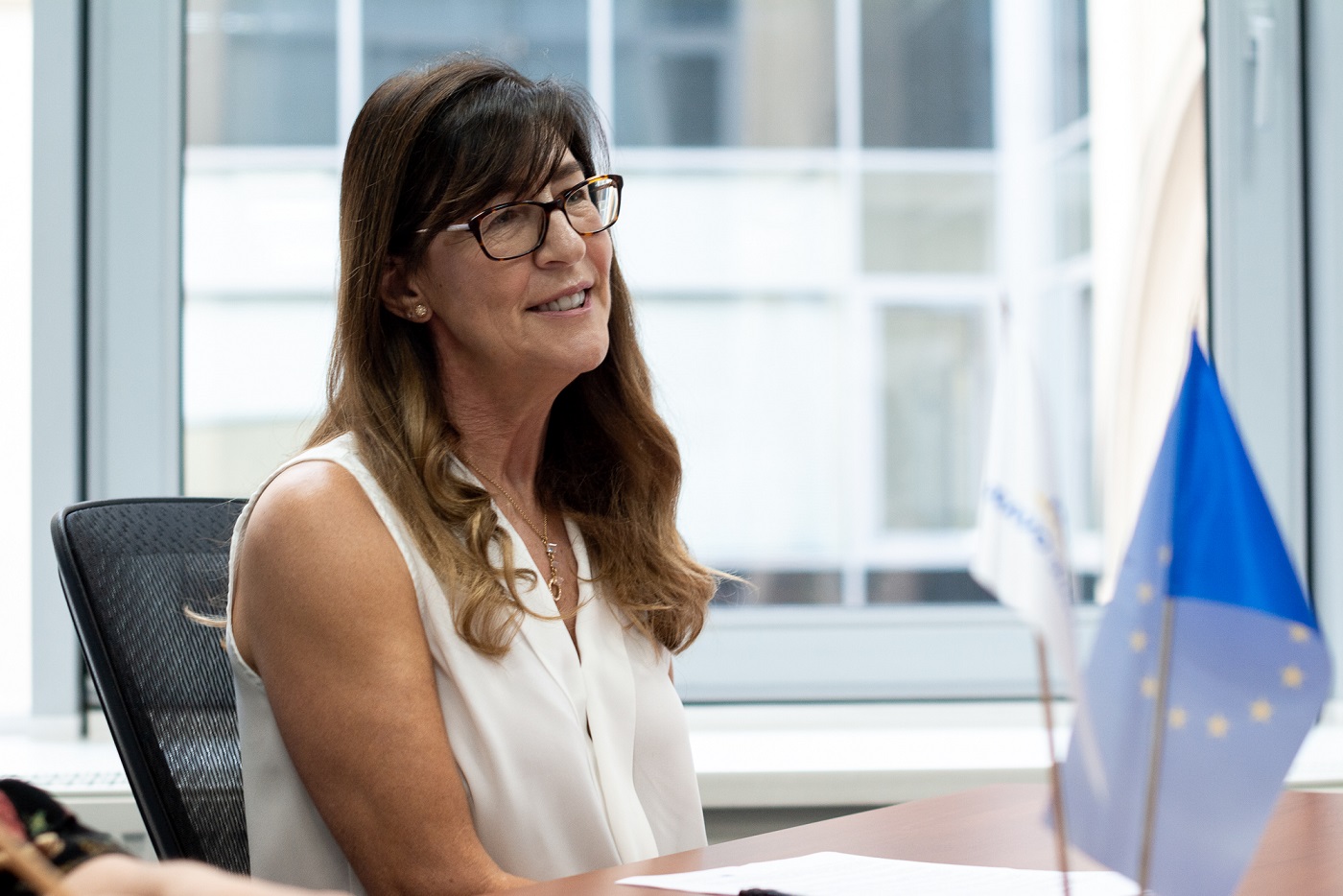 Will the volunteers without experience of working with criminals and qualification cope with control and reformation of those convicted?

Valeri MacNerney: First of all, the volunteering is mainly made by the specialized organizations. For instance, those that work with the violence victims, arrange for shelters for homeless or work with drug-addicted people. They have the relevant experience. Second, both volunteers and probation officers go through the training. They must be provided with the support: in other words, if there are difficulties, a volunteer always has someone to rely on. However, there are people who can’t take the pressure and leave, so new people must replace them.

The probation is aimed not just at reducing the number of victims and repeated crimes but transforming the social conciseness. People must change their attitude to the convicted people. To do so, state bodies, social institutes and business are engaged to probation. Entrepreneurs in the regions are offered to employ the probation clients. Due to such actions the level of humanism should grow in the society, while total condemnation and labelling of those who had any law conflicts in the past should gradually disappear.

Will the Ukrainian society change? We have traditionally developed on post-soviet mentality with condemnation of criminals.

Valeri MacNerney: Currently there are no significant changes related to the implementation of the probation in the Ukrainian society. This is fine, allowing for that fact that this institute is working only for the third year. It is typical not only for Ukraine. I had a representative chat in the airplane on my way to Kyiv. I told about my work my Spanish neighbour and his immediate reaction was that all criminals must be enclosed, and the key must be lost. However, I told him how people had changed and come back to the society even after severe crimes, as well as about the consequences of long-term imprisonment. Later I found out that the brother of my companion was also imprisoned for a petty crime. Therefore, it is important to talk to people and bring examples and then there will be more understanding in the society.