A loan is only an instrument for business development, the cofounder of Dis-Art Printing Works in Lviv says, explaining to delo.ua why entrepreneurs should not be afraid of borrowing money.

Ukrainian entrepreneurs have the habit of living on their own money. But there are situations when one can’t do without a loan or another external financing. For example, when a production facility needs new equipment but the profit is insufficient to reinvest.

In that case, a business with big ambitions would definitely need external financing, Oleksii Mykytko, a cofounder of Dis-Art, a Lviv-based company providing a whole range of printing services, believes.

“Today, the Ukrainian market is extremely aggressive. If an entrepreneur has an interesting idea and he is going to develop it by self-financing, it would be a very long way. A business, be it Ukrainian, Polish or American, has to bring in external financing for rapid development”, Oleksii Mykytko says.

“However, small Ukrainian businesses are, for some reason, afraid of taking loans, perceiving them as evil. They are afraid of leasing money but aren’t afraid of leasing, say, an office. I believe that a loan is only an instrument for business development”, he continues.

Lending problems in the opinion of businesses

Entrepreneurs criticize the banking rules of lending. They say that banks allegedly do not finance uninteresting (in their opinion) customers, looking for solvent companies only. What’s important for banks is not a business idea but resources that would allow to return their money.

“From the viewpoint of banking business, it’s the right thing, but as far as companies that need funding are concerned, it isn’t”, Mr. Mykytko says. “What we get is a stalemate: the ones in greater need have lesser chances to get money, and conversely, the ones for whom loans aren’t vitally important can easily get them”.

“Our company went through all these stages. Our loan applications weren’t turned down outright, but they hinted that we should entertain no hope of getting money. All talks ended like “give us this and give us that, and we shall see”, Oleksii Mykytko says.

“We wanted to launch a production enterprise but did not have equipment. So, we looked for resources. At first, these were specific-purpose loans from private individuals for the specific equipment. Then, we received a small overdraft line from a bank for up to 30 thousand hryvnias to finance a current account. Thus we gradually became more flexible in financial matters, able to buy more materials, enlarge our clientele base, pay wages to our personnel on time”, the cofounder of Dis-Art Printing Works tells his story.

The entrepreneur says that in general, doing business with Ukrainian banks is not easy: they have strict requirements to the collateral, suretyship, financial statements and profit amount; they want large document packages, and on top of that, there are specific requirements, such as hidden fees. In sum, no romance, just numbers. 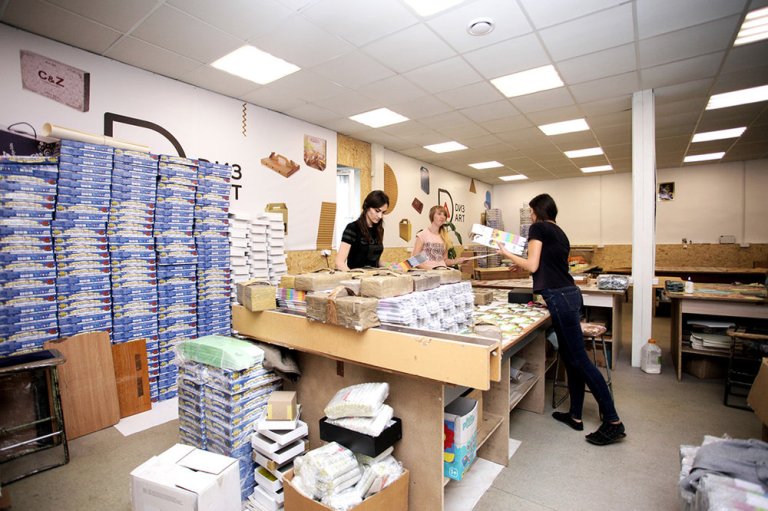 Lending problems in the opinion of banks

Both the National Bank and commercial banks claim that they are ready to finance businesses, especially small and medium-sized ones. Small companies are, for the most part, borrowers in good faith, they say. But despite the desire from banks, financing is growing slowly. Still, it does grow. First of all, it is the small business portfolio that grows, they say at the Savings Bank, which, along with nine other banks, is responsible for about 85% of loans to SMEs.

“The SME credit portfolio for Ukraine shows good growth dynamics”, Natalia Butkova-Vytvytska, Director of Micro, Small and Medium Business Department at the Savings Bank says. “During a year and a half, it went up by UAH 15 billion, from UAH 45 billion as of the beginning of 2017 to approximately UAH 60 billion as of the end of the first half of 2018”.

Banks confirm that they are ready to finance the businesses that have enough money to repay the loan. Therefore, loans are issued mostly to companies in the agricultural and retail sectors, where the situation is currently the most favorable.

“Banks are prepared to finance, first of all, the agricultural and food sectors, for their products will always enjoy demand”, Anna Savenia, ProCredit Bank’s Director for Business Accounts Development explains. “A substantial part of our borrowers today are producers making not just sausages or dairy products but also equipment, parts and components”.

Banks cite several reasons for being careful with financing small and medium-sized businesses. Firstly, SMEs have problems with financial statements. “Small companies often have a share of the so-called “shadow” business”, Natalia Butkova-Vytvytska of the Savings Bank says. “Their official statements aren’t always compliant with the National Bank’s requirements in order to assess the customer’s credit risks. It especially concerns sole proprietorships. Their net profit is often insufficient to service a loan. That’s why many banks deny them financing. And even if they are prepared to finance, they would lend only a small amount and only at a high interest rate”.

Secondly, small companies have large problems with planning. They often live for the moment. “Small companies are plainly unable to answer the question “how do you see themselves in one year?” but want to get a loan for three years. For banks, that’s surely a problem”, Anna Savenia of ProCredit Bank says.

On the matter of interest rates, the opinions of banks and businesses more or less concur: for small businesses, the rates are way too high. Today, businesses can borrow in the hryvnia at 16-18% per annum on average. “For small companies, such an interest rate would, probably, be a problem”, Anna Savenia of ProCredit Bank continues.

“Interest compensation programs are very important today”, Valerii Maiboroda, Acting Chairman of the German-Ukrainian Fund (which organized, together with a number of banks, the European Union’s initiative EU4Business and local authorities, special programs for SMEs) believes. “Not only because they offer a lower interest rate, but also in order to restore trust”.

Today, Ukrainian companies can receive a loan at a reduced rate — below 15% APR — at any of the six banks with which the German-Ukrainian Fund works under these programs.

“Our company received a UAH 1 million loan at 14.82% under this program. We used the funds provided by this program to buy a semiautomatic line for the production of glued boxes and a forklift truck. We bought the production line to expand the range of our services and the forklift to service our production and storage area, which now became larger”, the cofounder of Dis-Art Printing Works says.

However, there are more affordable programs for businesses available as well. For example, the German-Ukrainian Fund has engaged Kyiv city administration to their program to compensate interest rates. 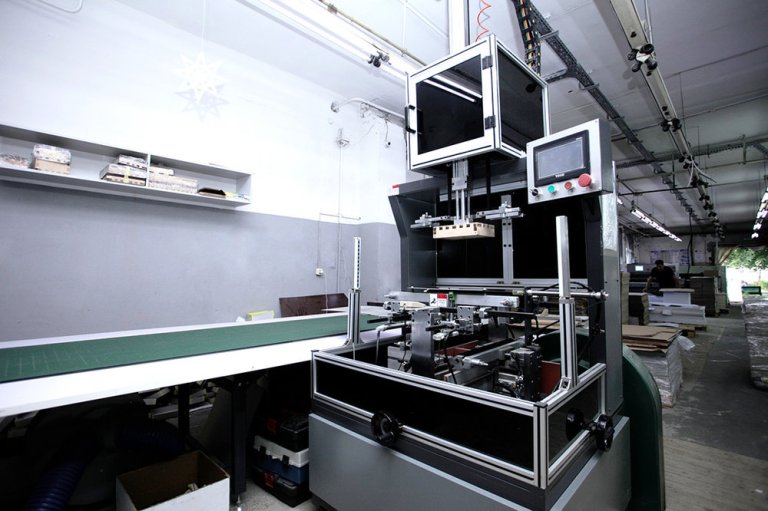 So now, businesses in Kyiv can get loans at 7-10% per annum. In the fall of this year, a similar program is expected to kick off in the Kharkiv and Ternopil Oblasts.

The Cherkasy, Volhynian and Odesa Oblasts are set to join at a later date.

“I believe that the more a business grows, the more external financing it needs. These resources are especially sought after by recent market entrants and small companies. We are very happy that we had an opportunity to receive financing under the program run by the German-Ukrainian Fund and EU4Business, because banks do not work on such terms today. Moreover, programs like that enjoy greater trust in our country for some reason than regular banking financing. Presently, we are going to buy another piece of equipment, and hope to get this purchase financed the same way”, Oleksii Mykytko, a cofounder of Dis-Art Printing Works in Lviv sums up.