The EU-funded “Rada za Evropu” (eng. “Rada for Europe”) project is now started  in the Ukrainian parliament. The project aims to improve the legislative process, reform the Verkhovna Rada Secretariat, and strengthen its institutional capacity. The project will also help to enhance transparency in the parliament’s relations with citizens. 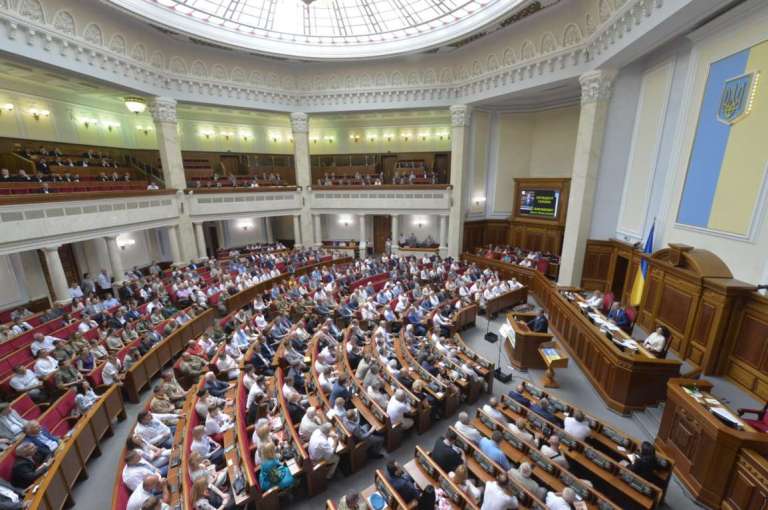 “The Ukrainian parliament should become a driving force for reforms, an effective crisis manager, a quality communicator with citizens, and a top-notch generator of laws,” says Yuliya Shcherbinina, the UNDP senior programme manager in Ukraine.

She believes this project is a key element in the roadmap for developing and strengthening the capacity of the Verkhovna Rada. The former president of the European Parliament, Pat Cox, developed this road map within the Memorandum of Understanding signed in July 2015 by the then Chairman of the Verkhovna Rada, Volodymyr Groisman, and the current President of the European Parliament, Martin Schulz.

“The Verkhovna Rada needs to improve the legislative process as part of European integration efforts and the implementation of the Association Agreement between Ukraine and the EU,” says Dobromir Hristov, sector manager of the operations section at the EU Delegation to Ukraine, adding that, “the current shortcomings of the Ukrainian parliament threaten the effective implementation of European reforms in Ukraine.”

The Verkhovna Rada Committee on European Integration is responsible for Ukrainian legislation’s compliance with EU norms and laws. External experts are invited to facilitate these efforts. The project aims to increase the capacity of the Committee members and of the Ukrainian parliament through training so that more functions can be performed without the need for external consultation.

Quality over quantity of laws is another important part of the project’s goals. “New legislation with the need for multiple amendments or harmonisation should not overload the legislative process,” underlines Hristov.

Another component of the project is to reform the Ukrainian parliament’s approach to human resources. Today, the staff complement is too big and there is no professional development strategy in place. By some estimates, almost 30% of Verkhovna Rada employees do not know how to properly use a computer. “As a first step, we are developing a human resources strategy to streamline management in the Verkhovna Rada,” says Hristov.

The project’s strategic direction is to enhance the transparency of the parliament. “We are planning to introduce a so-called “Open Parliament” plan in the Verkhovna Rada,” says Hristov, explaining that, “this will mean holding various public hearings and consultations. Society needs to be properly informed about the transformations of the Ukrainian parliament before citizens can be expected to support it.” Shcherbinina adds that the project also plans to develop communications and branding strategies for the Verkhovna Rada.

The project aims to strengthen the capacity of the Verkhovna Rada to develop high-quality legislation. The project will also monitor the parliament’s work in line with realization of the Association Agreement between Ukraine and the EU. “Ukraine needs a well-functioning, transparent and accountable legislative body that works to advance the reforms. This transformation is not only in the interest of EU-Ukraine cooperation, but especially in the interest of Ukrainian citizens,” said Jan Tombiński, head of the EU Delegation to Ukraine, at the project’s signing ceremony. He says the Verkhovna Rada is, “the heart of reforms in Ukraine.”