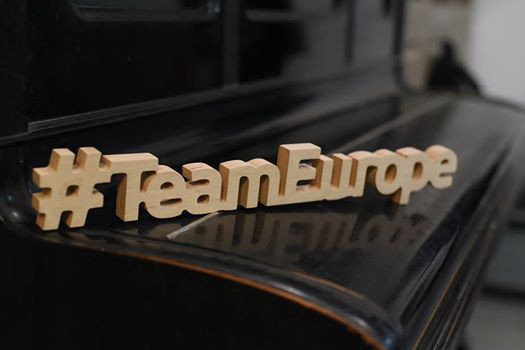 The EU Delegation to Ukraine has launched a new project, called Team Europe, in Kharkiv and Odesa. This growing hub of experts is to strengthen the dialogue between the EU and Ukraine at regional level, out of the Kyiv capital area. Each city will have a group of experts to share information on the priority of the European integration reforms there. Team Europe will “integrate” events of the city, region or country into the European context, and lead a discussion about European values and EU assistance to Ukraine.

On February, 26, Kharkiv Team Europe gathered for its first meeting to present its vision on the European integration as the incentive for vital reforms in Ukraine.

“Public discourse on Europe, Ukraine’s place in it, and priority pro-European reforms is weak in Ukraine. Our meetings and information campaigns all over Ukraine prove that,” says Jurgis Vilcinskas, head of the press and information section of the EU Delegation to Ukraine. “Ukraine lacks experts who could explain these complex issues and help situate local developments in the European context, and hold discussion on reforms, European values, and EU assistance to Ukraine. We need so-called semiconductors to decode different European issues for the general public at the local level.”

This is what Team Europe is hoping to accomplish. Vilcinskas adds that some post-socialist countries applied similar strategies during their own processes of integration into the EU. The Team Europe project is also expected to expand to other Ukrainian cities.

Taras Danko, a Team Europe member based in Kharkiv, is the author of the “Kharkiv Going Global” initiative and National Technical University “KPI”. “We should apply the principle, ‘inform-advise-engage-cooperate-enhance capacity,’” he says. “Joint projects are not easy to build if people are poorly informed and lack trust. Discussions about Europe should be connected to internal discussions and real local problems. These ideas shouldn’t be abstract. I suppose our task is not only to inform citizens about the EU or EU-Ukraine relations, but to debate constructively, and discuss ways of implementing European initiatives at a local level. It is important to encourage people to join our team’s activity. It is also important to avoid propaganda or privileged participation.”

Andriy Fedotov, a columnist with “Novoe Vremia” news media from Odesa, has his own view on the content of the European discussion. “Citizens of Odesa are primarily interested in how the association with the EU and European integration in general will reform the municipal water supply, help with the shortage of social housing, strengthen protection of the architectural and cultural heritage of the city, or contribute to environmental security,” he says. “There are legal, economic, and cultural perspectives on Ukraine’s direction after the Association Agreement completely enters into force. The impact of the Association Agreement on employment in the region is definitely an interesting subject for discussion. The business community is interested in progress in agriculture, trade, infrastructure, and tourism. Youth are interested in internships, cultural and educational exchanges, joint scientific and art programmes with European universities, employment in European companies”.

Team Europe hopes to break the unfortunate tradition of dialogue on fundamental issues for the country and society occurring primarily in the capital; Ukraine’s European future and its implementation of the best European practices concerns the whole country.

Oleksandr Chumak, founder and president of the Association of private employees.Head of the Civil Council at the Main Department of the State Fiscal Service of Ukraine in Kharkiv region. 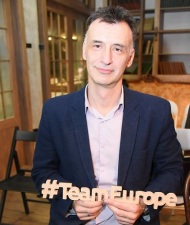 Head of the Liberal Club and board member of the Association of Political Scientists of Slobozhanshchyna. Actively cooperates with regional, national and international media, civil society and international organisations. 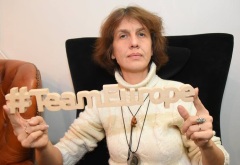 Co-founder of the charity foundation “Kharkiv with You”. Projects coordinator of volunteer movement “Help Army”. 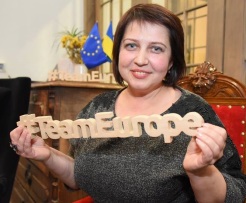 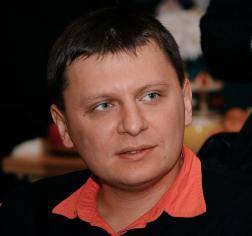 Yulia Serbina, team leader of social and political project of the NGO “Promotion of Intercultural Cooperation”. Expert of the project “Ukrainian Peacekeeping School”. Member of the Board on foreign policy at “Ukrainian prism” 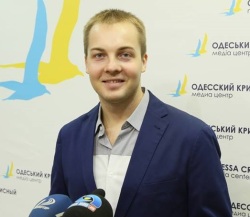 Pavlo Kolotvin, head of the NGO ‘Institute of political information’ in Odesa. 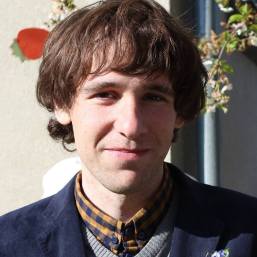 Andriy Fedotov, blogger, journalist, member of the board of ‘Hromadske TV. Odesa’ and columnist for Novoe Vremya magazine