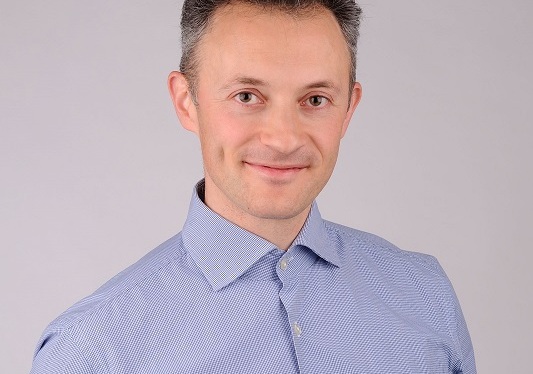 Today the EU is Ukraine’s largest trading partner, taking in 35% of Ukrainian exports. However, the major export items include grain, metal, and other goods that are produced by big businesses and that are vulnerable to price fluctuations on world markets. The entry of Small and Medium-sized Enterprises (SMEs) to the EU market is an important issue. We spoke about this with Oleg Miroshnychenko, the author of the book, “The Internationalisation of Business and Access to EU Markets,” recently published with the assistance of the EU Delegation to Ukraine.

As of January 1 2016, the provisions of Ukraine’s Association Agreement with the EU, which include the Deep and Comprehensive Free Trade Area (DCFTA), will come into effect. What does this mean for Ukrainian businesses, including exporters?

First of all, the prices of goods, services and raw materials imported from the EU will fall as a result of the abolition of import duties. This will create more competition in the domestic market. Any other changes will be gradual and will depend on how successful Ukraine is in adapting its legislation to that of the EU. If we harmonise our system of technical regulation to comply with the European system under the agreement, our entrepreneurs will not have to spend their time and money obtaining the required certification in the EU. In certain areas – for example meat or dairy products – it is next to impossible to export and will remain so unless the state implements certain requirements.

But overall competitiveness and success in the European market primarily depends on the company itself, its level of business culture, and its ability to assimilate new knowledge and practices.

What are some aspects of doing business in the EU market that are particularly uncomfortable for Ukrainian entrepreneurs?

First, the need to change their attitude towards their clients can be a challenge. In Ukraine, customer service is generally inadequate and companies can be overconfident due to insufficient competition. As competition increases, the situation will change.

The second aspect is a very unusual thing for our businesspeople to consider: that is, to be open and transparent with partners, revealing the business and its characteristics. Ukrainian entrepreneurs must be willing to allow potential partners to come onto the business premises and communicate with staff. This can cause nervousness and annoyance for Ukrainian business owners. This kind of reaction is understandable considering that Ukrainian businesses are accustomed to hiding from inspectors and racketeers. But such behaviour makes it difficult to work with foreign partners.

Ukrainian entrepreneurs need to understand that when making business connections, their Western partner is staking his or her reputation and will not be willing to take that risk on a company that is unknown.

What is an example of a conflict between the Ukrainian and European business cultures?

There was a case where a Belgian businessperson was interested in purchasing the goods of Ukrainian farmer. Their first talk was introductory. At the end of the second meeting, the Belgian asked about the price of the products. The farmer quoted him a price similar to what the products would cost in a Belgian supermarket. That was the end of their cooperation. Having obviously unrealistic price expectations reflects a lack of preparation and tells potential partners we are not serious.

Yes, but if the price offer is unreasonably high, it is unprofessional. It suggests that a person is not prepared for the meeting. The businessperson did not conduct research into the market of the EU country to which he or she wants to export. Or, it suggests that the Ukrainian businessperson thinks that the Western counterparts are willing to buy goods for high prices. This makes a bad impression on a partner. Ukrainian entrepreneurs should understand that their European peers are experienced in doing business and know the fair price of what they are purchasing.

Another real-life example is a potential French partner who met with a Ukrainian manufacturer. The French businessman was interested in the goods and their price. He asked about the possible production volume. The Ukrainian manufacturer replied that he could produce approximately 10,000 tons. The Frenchman looked at the facilities and equipment and calculated that the manufacturer would only be able to produce 6,000 tons per year. So to the European, the Ukrainian businessman lied to his face, which is not conducive to establishing good business relations.

Such seemingly trivial “mistakes” can become serious obstacles for Ukrainian businesspeople looking to enter the EU market. It is irrelevant whether or not the state makes everything possible within the Association Agreement; with this kind of culture, it is impossible for Ukrainians to export to Europe.

What are the challenges to enter or stay in the EU market for businesspersons who already work at the proper level?

There are also internal barriers that limit growth and opportunities to increase in production. For example, there is a lack of resources and trusted contractors in Ukraine. A serious European partner always asks about the reliability of your suppliers.

Of course, among the internal barriers are also our regulators and their corruption. These are the second level of problems though. Most often, our businesspeople are being restricted from the very beginning of their business activity due to the cultural factors previously mentioned.

How expensive is it to hire qualified exports consultants in Ukraine? Does this market exists in general?

It is important to understand that exporting is not free of charge. A businessperson should either take the time to study the topic, hire a qualified professional for this purpose, or develop the professional skills of his or her staff. It depends on the situation and financial opportunities. However, the problem is bigger than that. Businesspeople are used to investing in land and building productive capacity. But in general they don’t have a tradition of investing in their company’s human capital, including training and developing specialists. An export-oriented company should employ staff qualified to conduct international business. This is part and parcel of a strategic approach to business development.

I also want to stress another thing that is a huge barrier for potential Ukrainian exporters: lack of knowledge of the English language. Yes, people have limited time and their work takes a lot of energy. But learning English is as much of an investment as purchasing new equipment. If an entrepreneur wants to enter the European market but doesn’t know English (not to mention other foreign languages), sooner or later this will become a barrier to growth. Translators aren’t enough to overcome this. Doing business with Europeans is not just about sales or a number of shipped goods. It is about building relationships, appealing to western partners and inspiring confidence. If you speak a language in common with your partner, all these things are much easier to do!

Is it possible or common for Ukrainian businesspeople to export to the EU without the use of intermediaries?

This is the most difficult but most profitable way to export. Businesspeople should develop their own sales channels and build loyalty among consumers to access the highest and most stable income and direct access to consumers. This is what ambitious Ukrainian businesspeople should strive for. So far, Ukraine has few examples of direct sales abroad. Developing a brand is a long-term process. Among the pioneers in this is fashion house “RITO,” which recently debuted on the Lithuanian market.

Can the trade and economic missions of Ukrainian embassies in the EU contribute?

Recently, these agencies’ work has improved. Businesspeople should apply to participate in such missions because they are funded by taxpayers and should help them. Trade missions can assist by establishing contacts between Ukrainian and foreign businesspersons and providing advice on foreign laws and important market information. Sometimes Ukrainian businesspeople seek information or advice from foreign embassies located in Ukraine. This is not the right way to go about it. First, Ukrainians should approach national diplomats and turn only to representatives of other countries when those routes are exhausted.

This interview was published in Ukrainian on Delo.ua