Since the Euromaidan protests and the 2014 change of government, Ukrainian officials and politicians have frequently declared the establishment of effective electronic governance as among their top priorities. This motivation for this intention is clear given the global development of electronic technologies and the e-governance success stories of other countries, including Estonia. 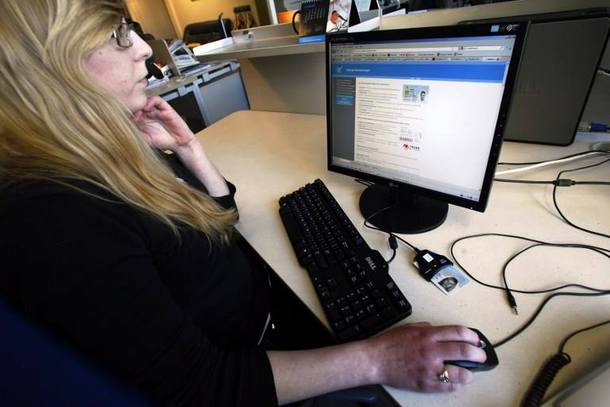 Electronic governance significantly improves the efficiency of administration processes, saving time and taxpayers’ money. The development of e-governance in Ukraine is also one of the main goals of the EU and Council of Europe joint programme, Strengthening Information Society in Ukraine.

On May 19-20 the programme, together with state and private partners, held a conference entitled “Information Society Days – 2015” at the premises of Ukraine’s National Academy for Public Administration.

Speaking at the event, Karmen Turk, an Estonian expert with the Council of Europe, described her country’s achievements in the field of e-governance. According to Turk, Estonia was the first country to establish an online presence for every government department. As a result, 99% of bank transactions in the country are carried out electronically, 95% of Estonians declare their incomes by filling out electronic forms, and 30% use the e-vote system for casting their ballots during elections. It takes an Estonian just 15 minutes to establish a company online, while Digidal ID enables entrepreneurs to take care of their company’s business electronically. Additionally, the state is not allowed to ask citizens more than once for the same information. This means that Estonians do not repeatedly fill out similar forms for different state institutions. Since the early 1990s, when e-governance was introduced, the Estonian government has reduced the administration costs portion of its budget by approximately 90%. Also contributing to these achievements is the fact that almost 85% of Estonians are active internet users.

E-governance in Ukraine is only in its infancy. According to Oleh Yakymchuk, a representative of Google who spoke at the conference, the country has all the necessary technical equipment to establish a functional system of electronic governance. The main challenge he sees is the insufficient digital literacy of citizens and civil servants. To address this problem, Google is prepared to hold training sessions for civil servants, universities, and representatives of small- and medium-sized enterprises (SMEs).

At the legislative level, Ukraine is in the process of preparing white and green papers on electronic governance. These documents must precede the development and adoption of relevant laws in the field of electronic governance. Ukrainian lawmakers previously adopted a law on access to public information that significantly simplified citizens’ communication with state authorities. The Ukrainian Parliament is also working on legislation that will regulate electronic petitions and citizen appeals. These, however, constitute only the first steps in the development e-governance in Ukraine; major work still lies ahead.

Background
The joint programme between the EU and the Council of Europe, Strengthening Information Society in Ukraine, aims at improving the freedom, diversity and pluralism of the media and strengthening personal data protection. The programme also promotes a comprehensive and sustainable approach to Internet management based on human rights. In addition, the programme facilitates the fulfillment of Ukraine’s obligations and commitments to the Council of Europe under the Association Agreement with the EU and the EU-Ukraine Action Plan on visa liberalisation. The EU contributes €2.73 million to the programme’s budget.