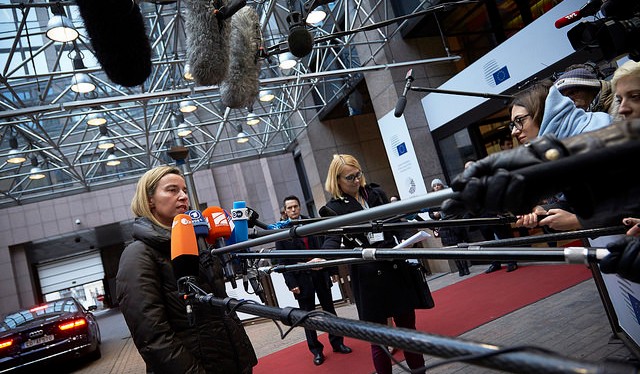 EU Ministers note “evidence of continued and growing support given to the separatists by Russia, which underlines Russia’s responsibility” 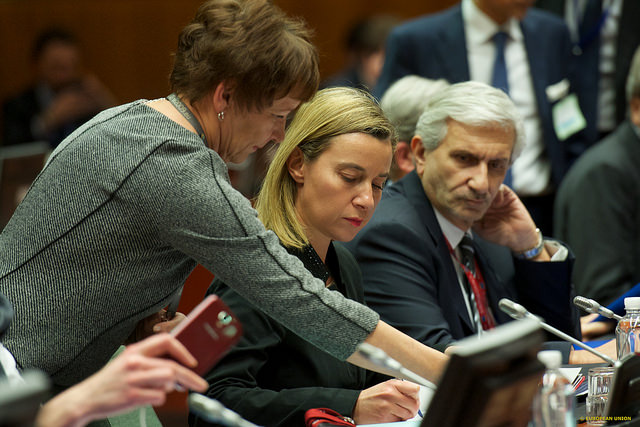 1. The Council strongly condemns the indiscriminate shelling of the residential areas, especially in Mariupol and the recent escalation of fighting in the Donetsk and Luhansk regions of Ukraine. The Council is shocked by the high number of casualties. It notes evidence of continued and growing support given to the separatists by Russia, which underlines Russia’s responsibility. The Council expects Russia to exert its influence and to induce the separatists, without delay to stop their hostile actions and live up fully to their commitments under the Minsk agreements, including notably the cessation of hostilities and the withdrawal of heavy weapons from the security zone along the line of contact foreseen in the Minsk Memorandum, as urgent first steps, which the Foreign Ministers of France, Germany, Russia and Ukraine called for in the Joint Statement, following their talks in Berlin on 21 January. Recalling the European Council conclusions of 30 August, 24 October and 18 December 2014, the Council calls on all sides to fully assume their responsibility and to implement their commitments under the Minsk agreements. It calls in particular on the Russian Federation to condemn the separatists’ actions. Public statements distorting the reality on the ground, inciting to further violence, as well as publicly humiliating hostages in violation of the international law will not lead to the badly needed de-escalation. All signatories of the Minsk agreements should convene as a matter of urgency within the framework of the Trilateral Contact Group to this effect.

The EU remains committed to support the most vulnerable population affected by the conflict with now a total of 900,000 internally displaced people and 600,000 refugees who are forced to leave combat zones at short notice and are in dire need of assistance. In this respect, the EU welcomes the recent decision of the Commission together with the Member States, to mobilise additional funding and in-kind assistance to cover most urgent needs, as communicated during the recent visit of Commissioner Stylianides to Ukraine. So far, the EU’s humanitarian and early recovery assistance amounts to a total of EUR 95 million. The Council calls on all international donors to respond to the increasing humanitarian needs in a coordinated manner, on the basis of the UN Strategic Response Plan.