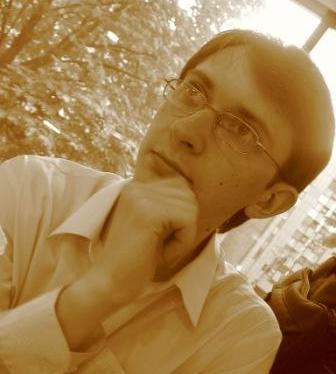 Over the last few weeks, the community liaison offices of the Ukrainian Helsinki Human Rights Union (UHHRU) have been overworked. These offices are supported by the EU project, “Enhancing Legal Opportunities for Vulnerable Groups to Defend Their Rights,” and are providing free legal advice on ways to protect against rights violations.

Our conversation with Maksym Shcherbatyuk, the program director of UHHRU, highlights recent developments in human rights protection in Ukraine.

–          Demands for justice in Ukraine are especially high right now. In view of the recent developments in our country, are there any changes in the work of the community liaison offices of UHHRU?

These days all our community liaison offices, which include a network of 13 offices all over Ukraine, are overloaded with work. The events of the last month have increased the number of applications we receive, especially concerning violations of civil and political rights, including the right to peaceful demonstrations. Most of these applications concern the criminal charges against Euromaidan participants. We have been approached by people who suffered on November 29-30, 2013 as well by the so-called ‘Bankova prisoners,’ who were imprisoned after the events of December 1, 2013. With each new stage of Euromaidan, the number of people we see is increasing, and with similar protests taking place in Symu, Kharkiv, and Cherkasy, the number of applications from the regions has grown as well.

Due to the need for more intensive work, we have attracted a large number of lawyers and they are all putting their best foot forward. Many lawyers have joined in the effort to support human rights. Our offices are offering consultations, but quite often the attorney must get directly involved in the case. We offered special training for lawyers to agree on approaches to these issues, because in many cases things were written ‘as a copy paste’. This is especially true for accusations of being involved in the riots. Therefore, it was important to have a single position to which all the lawyers adhere. The European Court of Human Rights is an important tool for us, and we are now preparing many applications

– What is the total number of applications your offices receive per year and was the number different over the past three months? How many lawyers did you involve?

Normally we get about 12,000 applications per year. I don’t know the exact number for the past three months, but I think it was about 3000 or 4000 requests for advice or legal assistance. Many law firms provide their lawyers to offer defence on a pro bono basis.

I can give you the numbers of educational workshops that we held for lawyers to explain to them what is worth paying attention to. When planning them, we expected to have 30 participants at one workshop. But the interest was so high that we held three workshops. In other words, about 90 lawyers were involved in this training in recent months.

–          Many people are now concerned about whether justice will be restored. How do you assess the prospects of the cases you are conducting?

Most of these cases have prospects in the European Court of Human Rights, because in many cases there has been a clear violation of the right to peaceful assembly, the right to life, freedom from torture, or personal integrity. In each case there are many questions that can be raised, including torturing, arbitrary arrests and unfair trials. Approximately 10 cases have already been prepared and sent to the European Court of Human Rights. We are now preparing a new submission. It is important to adhere to procedure because the European Court does not consider the case unless it has gone through the process at the national level.

– Which cases are brought before the European Court?

From the events of November 29-30, the European Court has taken the first appeal into consideration. This case is about a beating on the Maidan, which caused physical harm and led to unlawful arrest. For the next six months, the court will be waiting for the government’s comments. After they are provided, you can expect a decision. It is extremely fast; usually a year is considered a short period for proceedings in a case.

The decision of the court usually involves some kind of compensation, given the fact that there was damage caused to a person. This can be very different amounts – from €20,000 Euro €100,000 thousand or even more. If, for instance, torture caused serious harm, then it might be €80,000, or €100,000.

– How do you usually find the victims?

Quite often the victims find us on their own through our offices. Additionally, we are a well-known organisation and are sometimes addressed by lawyers who are working with the victims. Social activists, such as those involved with Euromaidan, often address us directly. Together with the initiative Euromaidan SOS, we organise legal aid centres, particularly in the Ukrainian House. It distributes information about the types of assistance we can provide, information booklets on how to behave during an arrest, and other useful advice.

–          Almost two weeks  passed since the mass shooting and torture on Independence Square. But no one has been brought to justice. Can one apply through your offices to the European Court with regards to such crimes?

If a person was beaten or killed, she or he and her or his family should seek to prosecute those persons who caused this suffering. There is a specific procedure for bringing the perpetrators to justice. Bringing the case to the European Court of Human Rights may lead to compensation.

We are trying to fix these violations, and we have a special committee that is trying to keep track of events from the beginning and record violations in order to pass on this data to the competent authorities. Law enforcement agencies at that time were uninterested in the violations faced by the Euromaidan activists. In order to reconstruct the events, we have a lot of eyewitnesses and videos. Similarly, there are documents in which people describe events they experienced.

We are trying to save videos from various sources. Very often when a video is distributed via Youtube, it may disappear within three or four days. To prevent this from happening, I believe Euromaidan SOS created a video library to save the videos. I hope they will be useful for an international commission or for the International Criminal Court, which is investigating these crimes, because those incidents involved extremely serious violations of human rights.

–          What is the main problem with human rights in Ukraine today, and what changes do you expect in view of the recent developments in the country?

In fact, we have recently issued a statement on the steps the government should take in different areas. Euromaidan exacerbated all of the problems around human rights and fundamental freedoms in Ukraine. Most human rights violations took place because of a lack of serious constraints and controls in government and the legislative failure to protect fundamental rights and freedoms. All systems are now in need of urgent changes. Of course, in the context of recent developments, reform of the police force and prosecutors are vital. But it is also important to fight corruption.

Community liaison offices of the Ukrainian Helsinki Human Rights Union (UHHRU) and its members are working in 12 regions of Ukraine. The offices are supported by the project “Enhancing Legal Opportunities for Vulnerable Groups to Defend Their Rights” which is implemented by the UHHRU and funded by the European Union.

In the liaison offices citizens can get free legal advice on human rights violations, as well as legal ways to protect their violated rights.

Community liaison offices of the UHHRU can provide the following types of legal assistance:

– Assistance in preparing documents, including statement of claim;

– Preparation of statements and other documents to the European Court of Human Rights.

In some cases, citizens might be given a lawyer or attorney to represent interests in the court.